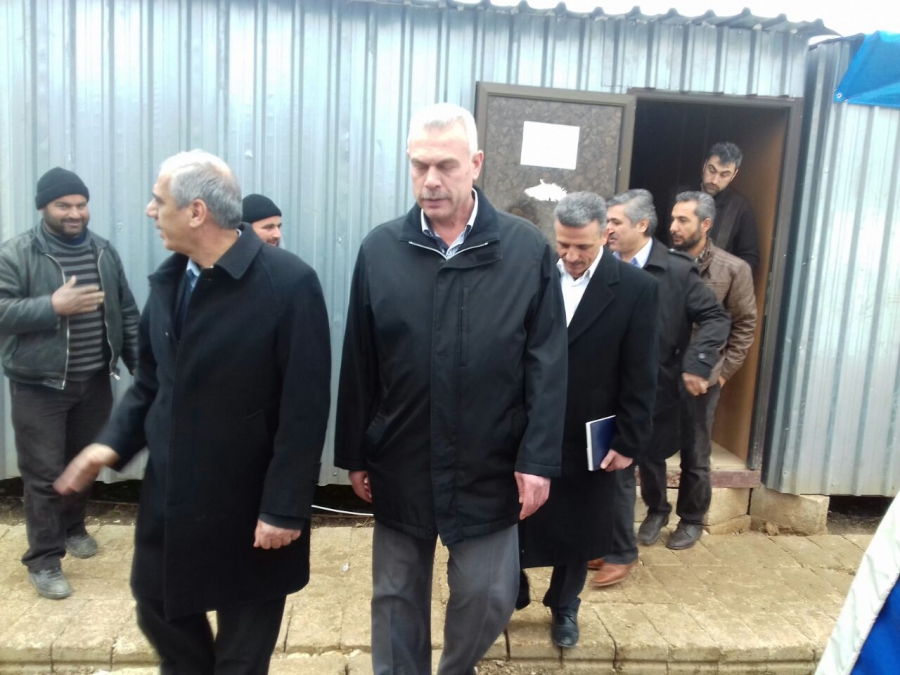 Syrian Interim Government Prime Minister Jawad Abu Hatab renewed calls on the Friends of Syria Group to step up its support for the government’s projects to serve the population in the liberated areas.

Abu Hatab emphasized that the interim government is ready to implement these projects speedily and accurately, noting that there are currently six million people living in the liberated areas and in need of urgent support.

The PM on Thursday toured the town of Azaz in northern rural Aleppo where he met with representatives of civil society groups. During the meetings, representatives highlighted the most urgent needs that must be met to provide better services to the civilian population.

Abu Hatab also met with officials tasked with the formation of a unified judicial council in the liberated areas. He said that the interim government will open a number of courthouses in the coming days, with the central court to be headquartered in Azaz.

He also met with heads of the Azaz local council and municipality, as well as the director of the electricity station to discuss addressing power and water issues.

Abu Hatab concluded the tour by checking in on the progress of midterm exams at the Teachers’ Institute in Azaz. He said that nearly 1,600 students in all branches have so far graduated from the institute, which he said is paramount for the preparation of qualified teachers.