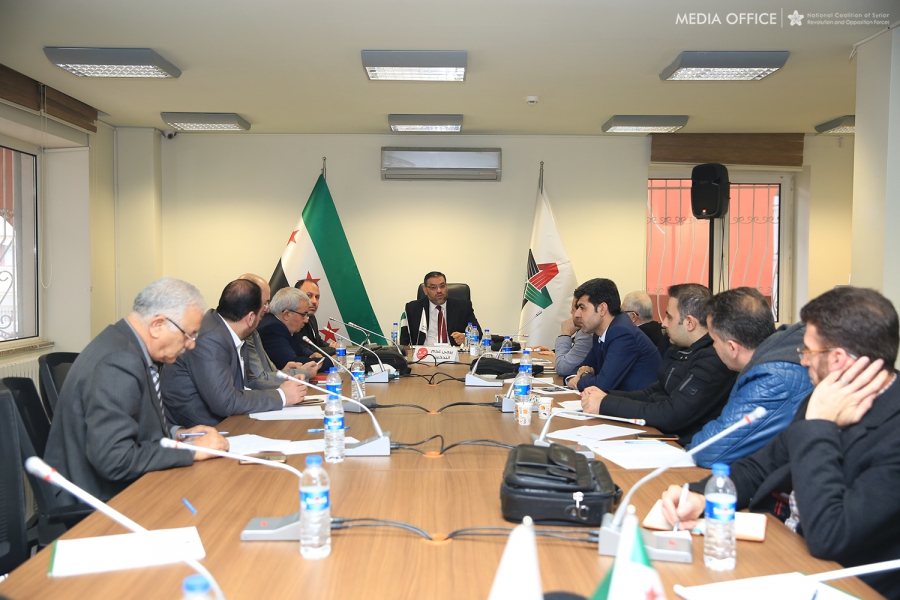 Members of the Syrian National Coalition have stressed the upcoming Geneva talks should be dedicated to discussing the political transition process in line with the Geneva Communiqué of 2012 and the UN Security Council resolution 2254.

At an expanded meeting which included members of the Coalition’s political committee and the High Negotiations Committee (HNC), participants discussed the latest developments of the political process and the repercussions of the evacuations of residents of eastern Aleppo on the political process.

Tabled for discussion was the outcome of the Moscow and Ankara meetings as well as the passing of UN Security Council resolution 2336, under which the ceasefire truce was announced in Syria. The meeting also discussed the announcement by the UN special envoy to Syria Staffan de Mistura about new rounds of talks that will be held on February 20.

An informed source said that the meeting focused on the agenda of the upcoming talks in Geneva, with participants stressing talks must carry on from where the Geneva III conference left off. In a briefing to the UN Security Council, de Mistura said that member states agreed on the need to initiate a political transition in Syria.

The source added that the meeting discussed the formation of the opposition’s negotiation delegation to the Geneva talks, pointing out that the names of the delegation will be announced after a meeting of the HNC due to be held February 10-11.