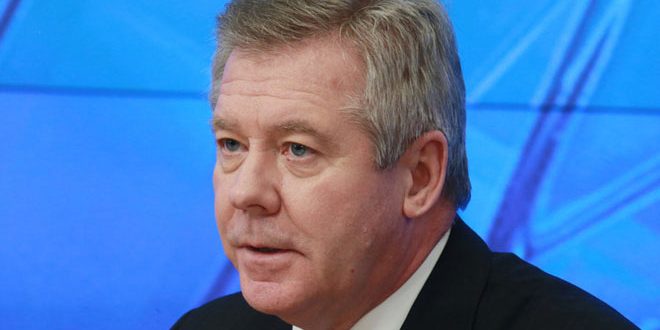 Russian Deputy Foreign Minister Gennady Gatilov on Tuesday said that the Syrian–Syrian dialogue must be held in Geneva on February 20, despite suggestions that the meeting will instead take place on February 23.

Speaking to SANA in Moscow, Gatilov stressed the importance of Syria’s unity and territorial integrity, adding this goes in line with UN Security Council Resolution 2254.

He also added that UN Special Envoy for Syria Staffan de Mistura should enjoy responsibility and work for a broader representation of “the opposition.”