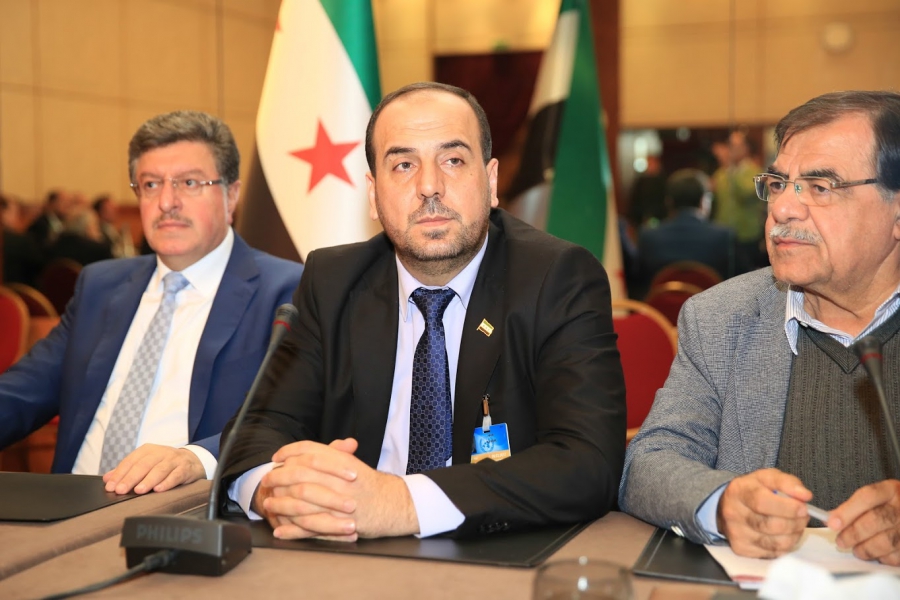 Nasr al-Hariri, lead opposition negotiator at the Geneva talks, said that the talks must prioritize the issue of political transition in Syria, which has been the focus of all UN resolutions on Syria.‫

At a press conference after the fourth round of Geneva talks kicked off on Thursday, Hariri pointed out that now is the time for UN envoy to Syria Staffan de Mistura and the United Nations to act, urging them to assume a positive role as the sponsors of the negotiations.

Hariri called on the UN envoy "to stick to the first item on the agenda, which is a political transition acceptable to the Syrian people," adding that UNSCR 1254 highlighted the Syrian people's right to choose their representatives in any peace talks. He noted that the Syrian people agreed to one delegation that is represented by the High Negotiations Committee (HNC).

Hariri also criticized the international community's silence over the daily crimes that have been committed against the Syrian people for nearly six years now, stressing that Assad’s only goal is to hold on to power at the expense of the Syrian people, the opposition and his supporters included.‫

He noted that Russia was trying to circumvent the international resolutions on Syria and discredit the Syrian opposition as it continues supporting the Assad regime. It is clear that Russia has so far failed to control the Assad regime or even rein in the militias fighting on Assad's side, Hariri added.‫

On Iran's blatant interference in Syria, Hariri stressed that Iran represents the biggest obstacle to any political deal in the region. He said that Iran has invested both politically and militarily in Syria, deploying tens of thousands of sectarian militants to prop up the Assad regime.

Hariri called for genuine and driven international efforts to make the talks a success, urging the US to assume a bigger and more active role in dealing with Iran's interference in Syria by helping to enforce a just political solution that would put an end to the suffering of the Syrian people.

"Bashar al-Assad could remain in power only on one condition: and that is if the Syrian people accepted this, which is extremely unlikely as the Assad regime has been killing and displacing innocent civilians since the start of the Syrian revolution," he said.