As Assad regime jets raid Al-Waer district in Homs, killing and wounding more civilians, it becomes ever more clear that Russia has completely failed to uphold the cease-fire signed in December of last year 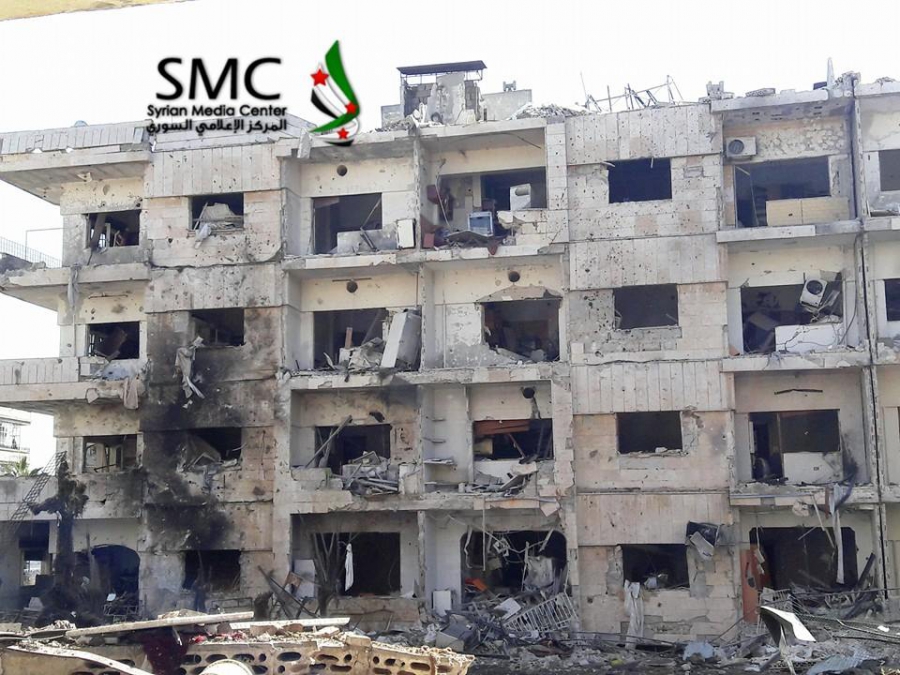 Prior to the airstrikes, a committee representing residents of the district met with Russian military officials outside the district to negotiate a settlement. However, the meeting ended with the Russians saying they cannot guarantee the cessation of shelling by the regime forces and their allied foreign militia besieging the district.

Russia has presented itself as a guarantor of the cease-fire agreement which came into effect on Dec. 29, 2016.

Member of the Syrian National Coalition’s political committee Yasser Farhan said that Russia bears the prime responsibility for the regime’s continuing crimes against the Syrian people, as it has failed to force the Assad regime to stop violations of the cease-fire agreement.

Shortly before the meeting with Russian military officials, 12 airstrikes hit Al-Waer, killing at least two civilians and wounding 17 others.

Residents trapped in Al-Waer district suffer from severe medicine and food shortages, as well as high prices of baby milk, due to regime's blockade. Regime forces besieging the district continue to prevent injured and ill civilians from leaving to seek treatment. The forces also threaten that they will target aid convoys if they try to enter Al-Waer.