In a blatant violation of the recent truce, Syrian regime mounts offensives on rebel-held areas, killing 55 civilians, as the Russians massacre another 30 in Deir-ez-Zor 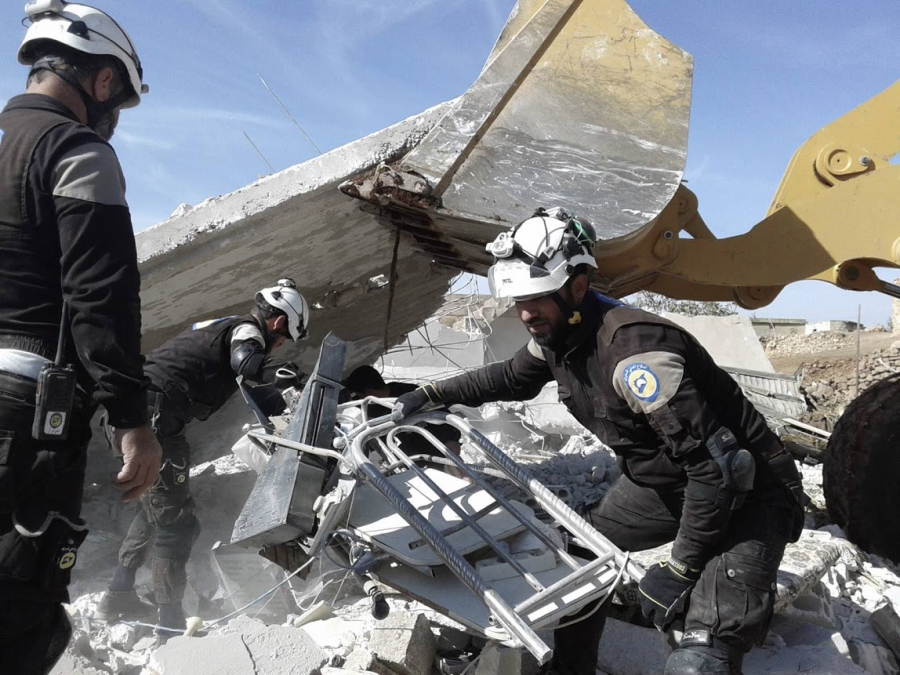 Rebel-held areas in the Aleppo Province and the Damascus countryside were targeted by intense bombardment, which resulted in massive damages to residential areas.

Meanwhile in eastern Syria, the Russian air force committed a massacre of 30 civilians, which included entire families in the town of Mayadin in the Deir-ez-Zor countryside on Thursday. Russian jets hit two schools sheltering dozens of displaced people in the ISIS-held town, located south of Deir-ez-Zor city.

The Syrian Coalition condemned this “heinous crime,” stating that attacks on civilians constitute a war crime and violate international law.

“Such attacks cannot be justified under any pretext, nor can the presence of ISIS in the town justify this awful crime or exempt the perpetrators from political and legal responsibility,” the Coalition statement said.