According to an investigative report by NDR and Zaman al-Wasl, German citizens have been on the Syrian regime’s watch list for decades, with instructions in place to bar them from entry into Syria or detention when inside Syria 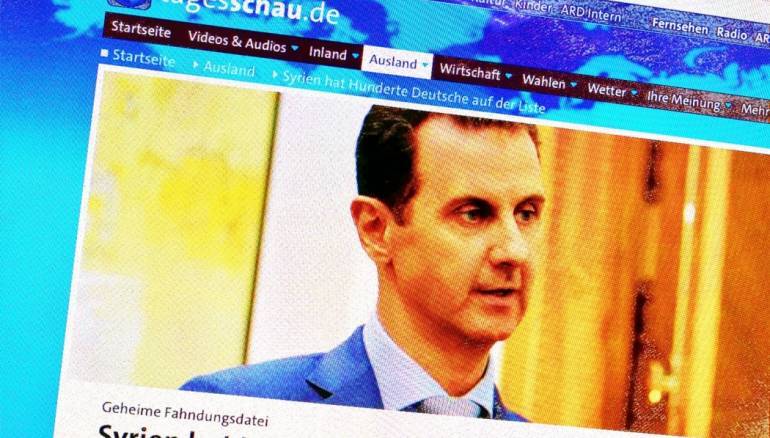 At least 500 German citizens for five decades have been on a secret intelligence list by the Syrian regime, many of whom had visa restrictions and arrest warrants issued against them, leading NDR radio network showed.

In association with Zaman al-Wasl, the examined documents of 1.7 million archive showed that hundreds of Germans, including artists, politicians, diplomats, journalists were under severe scrutiny during their visit to Syria.

The leaked archive containing records from the beginning of 2015 includes people from more than 150 nations. It dates back to the 1960s. The list of German, French and British nationals is available to the NDR's Investigative Department. In addition to diplomats, military or ordinary students, they also include Middle Eastern correspondents from international media from the United States and Europe.

The iron rule of the Assad family, including father and son, made maintaining security services a top priority in order to watch Syrians and foreigners alike.

The name of award-winning photographer and documentary director, Marcel Mettelsiefen, was among those banned from entering Syria. He was listed because of accompanying a Syrian family on their escape journey out of war-torn Aleppo.

He was nominated for an Oscar for his documentary "Watani – My Homeland." The film is about a family from Aleppo, which manages to escape from the civil war in their Syrian homeland to Germany. The filmmaker filmed the family’s trek from Aleppo to Germany.