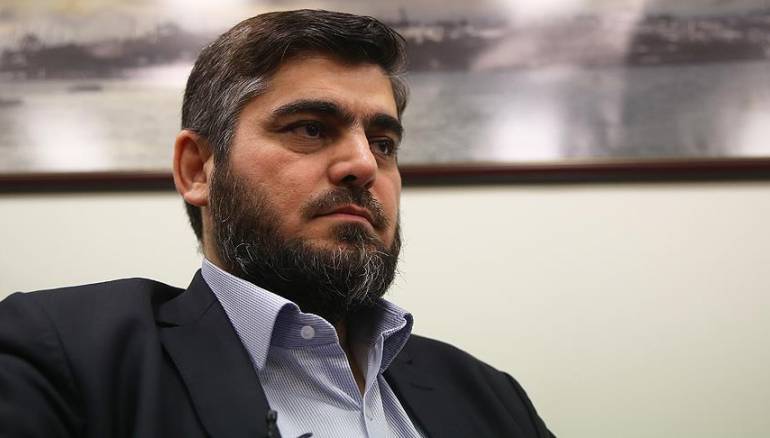 The head of the rebel groups delegation Mohamed Alloush in a series of tweets clarified the reasons for his refusal to participate in the third round of Astana meetings which are expected to begin on Tuesday.

Alloush gave eight reasons for his refusal. First: “The displacement in the Waer district under Russian supervision,” and the “continuation of the path of truces and reconciliations, the continuation of bombardment and attacks on the Ghouta — Barzeh, Qaboun, and others.”

The other reasons given by Alloush included: “The displacement in Wadi Barada and the refusal to release male and female prisoners from Assad’s prisons, lack of fulfillment of obligations and promises, and most importantly the continuation of bombardment and massacres, and likewise the continuation of bombardment by Russian warplanes despite vowing a number of times to stop the air, rocket and artillery strikes on all areas.”

Alloush said in his tweets that the Russians were pursuing a double-sided policy of offering great promises on the negotiating table, while sending officers to threaten people with the prospect of giving the regime free license to kill.

Alloush said that his refusal to attend was intended as a message to the Russians that a political solution cannot be pursued in the media only and that Russia needed to change its policies radically if it genuinely seeks a solution.