News outlet ARA quotes Turkey's deputy PM during speech in the capital, in which he warns that handing control of the ISIS stronghold over to a Kurdish-led administration will compromise peace and security in the region 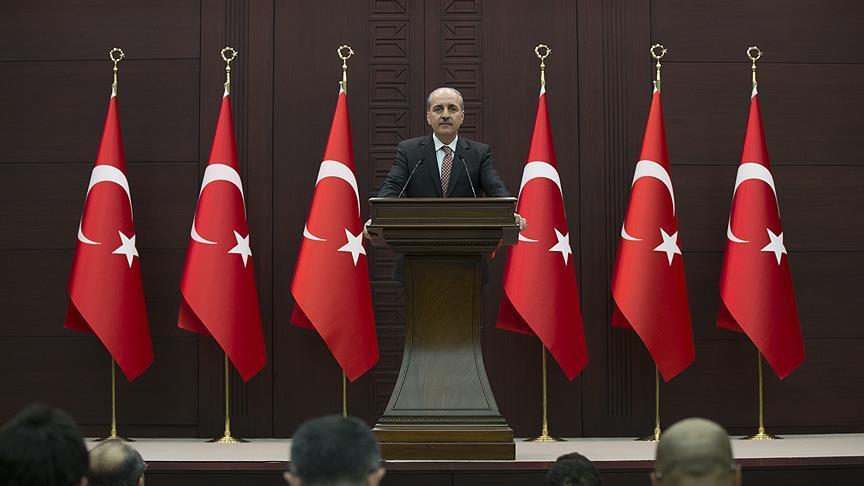 Turkish Deputy Prime Minister Numan Kurtulmus said that Ankara “would not accept exchanging the PYD group [in a reference to the Syrian Democratic Forces] with ISIS [Islamic State] after the liberation of Raqqa.”

In a press statement in the Turkish capital Ankara on Thursday, Kurtulmus said that “Raqqa belongs to its people and if the international coalition forces support the moderate opposition in the operation to liberate Raqqa, we will support them, as we have previously stated at all occasions.”

However, he said, “if they [the coalition forces] told us they would push out ISIS to put the PYD in their place, Turkey would not ever allow this and we would not participate in the operation.”

The official said that the region would not enjoy security and stability without achieving peace in Syria.

Turkey classifies the PYD’s armed wing, the People’s Protection Units (YPG), as a “terrorist” group and considers it a branch of the outlawed Kurdistan Workers’ Party (PKK). Ankara is continuously trying to prevent the Syrian Democratic Forces, of which the YPG comprise the main force, from participating in the operation to take control of Raqqa.

The United States, meanwhile, insists on including the SDF in the operation and depends on it to fight ISIS elsewhere in Syria.

The Pentagon revealed yesterday that there was a joint air drop operation with the Syrian Democratic Forces in Tabqa in the Raqqa countryside which has cut the Aleppo-Raqqa-Deir-ez-Zor road.