High Negotiations Committee representative Hariri says talks with U.N. envoy in the Swiss city were 'fruitful' and elaborated on the particulars of a transitional body and its structure, the opposition's media office reports 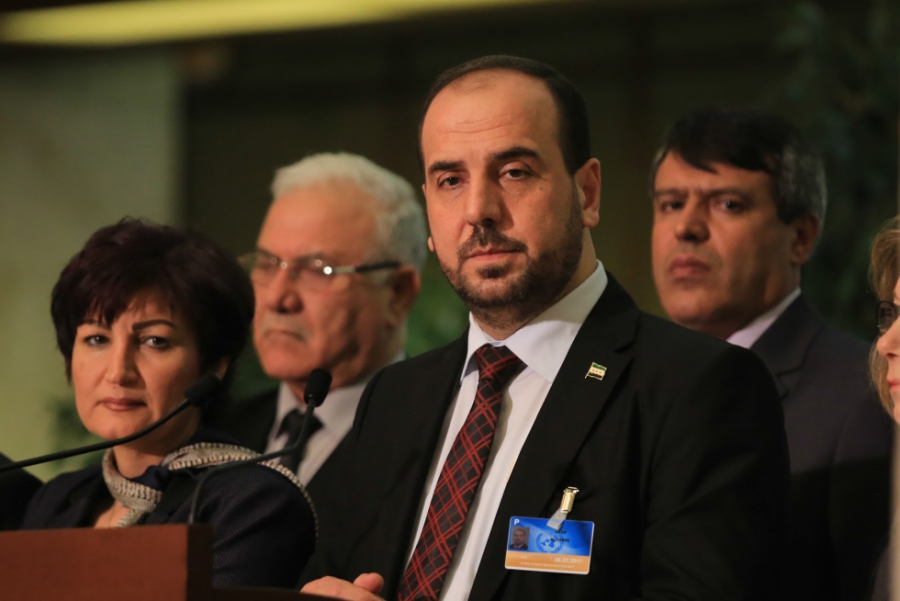 Nasr Hariri, the head of the Syrian opposition's High Negotiations Committee (HNC) met with United Nations Special Envoy for Syria Staffan de Mistura in Geneva on Friday for “fruitful” discussions on the details of a possible transitional governing body.

The HNC also delivered a report to de Mistura covering the humanitarian situation in Syria, indicating that least 586 people had been killed across Syria between the two rounds of negotiations. Regime forces and their allies targeted at least nine schools, several medical facilities and five public markets. The Assad regime also arbitrarily arrested 647 people, including 24 children and 43 women, he said.

"We are here to rid our country of terrorism. However, in order to liberate the country from ISIS [Islamic State], we should first free it from the state terrorism being practiced by the Assad regime," Hariri stressed.