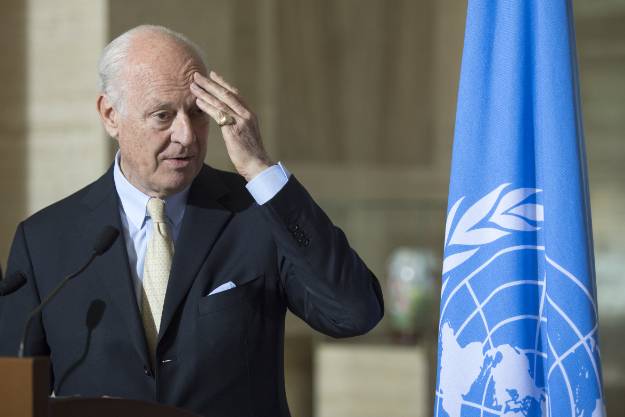 The Syrian government delegation to the Geneva negotiations, headed by Bashar al-Jaafari, met on Thursday with United Nations Special Envoy for Syria Staffan de Mistura for talks at the U.N.'s headquarters in the Swiss city.

SANA's correspondent in Geneva said that during the second-last session the U.N. delegates answered questions raised by the government delegation earlier in the week, adding that the three main topics surrounding a political transition were addressed.