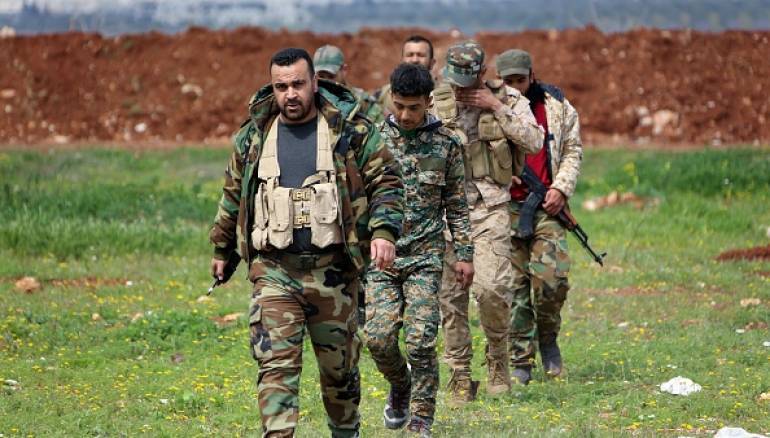 Ankara has informed Syrian rebels of the Euphrates Shield operation to be ready for the upcoming battle for Raqqa despite the suspension of the military operation by the Turkish National Security Council on Wednesday, a Free Syrian Army commander told Zaman al-Wasl.

Former Syrian army colonel and senior Euphrates Shield commander Haytham al-Afisi said on Saturday that the Turkish stance had changed due to heavy pressure by Washington and officials from the Central Intelligence Agency.

The United States-planned offensive to liberate Raqqa from the Islamic State (ISIS) is scheduled to begin on April 16. Afisi said that around 6,000 Free Syrian Army fighters will likely join the Raqqa battles.

Ankara says the Euphrates Shield operation, which was launched last August by Turkish forces and backed by Free Syrian Army fighters, was aimed at improving security, supporting coalition forces and eliminating the terror threat along the Turkish border in northern Syria.

The fundamental discord between Ankara and Washington is the result of the ongoing Kurdish question and their aspirations of an independent state straddling areas of Turkey, Syria, Iraq and Iran. The Kurdish-led Syrian Democratic Forces has been Washington's principle partner in the anti-ISIS fight in northern Syria, vexing Ankara.