Residents injured in different attacks after militants shell the capital's central districts, including the landmark Umayyad Square and Mezze 86 district, with shells earlier falling in the Al-Qeimariyeh district of the Old City, government media reports 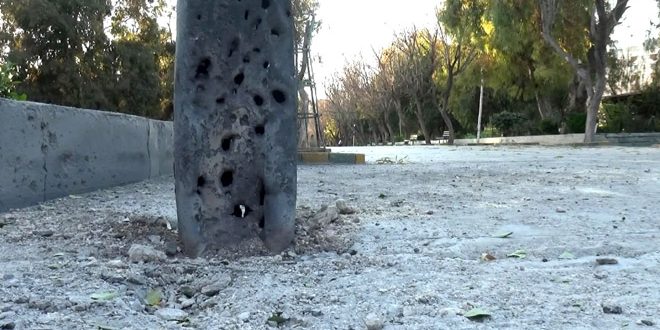 Six people were wounded Monday in a number of mortar attacks carried out by terrorists on residential neighborhoods of Damascus city.

A local police source told SANA that militants shelled the area surrounding Umayyad Square, injuring four people, while two other shells landed in the Mezzeh 86 neighborhood, causing damage to property, while no injuries or casualties were recorded.

Earlier in the day, terrorist groups positioned in the Eastern Ghouta shelled the Al-Qeimariyeh district of the Old City, injuring two people and causing damage to property.