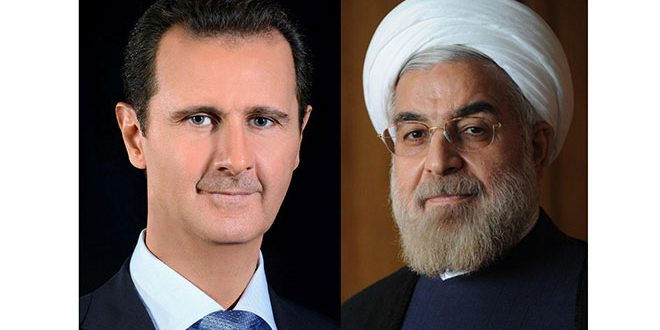 Rouhani said that this aggression constitutes a blatant violation of Syrian sovereignty and all international laws and conventions.

The Iranian president stressed that his country stands by the Syrian state in its war against terrorism and in the initiatives it proposes to find a peaceful solution to the crisis in Syria, which would lead to an end of the bloodshed of the Syrians.

For his part, Assad affirmed that the United States failed to achieve the goal behind its attack, which only served to raise the morale of the U.S.-backed terrorist gangs after the victories achieved by the Syrian army.