Footage on social media shows activists in the southern city of Suweida waving the flag of independence, an opposition symbol, while demanding freedom from the rule of the Assad regime, opposition website Zaman al-Wasl reports 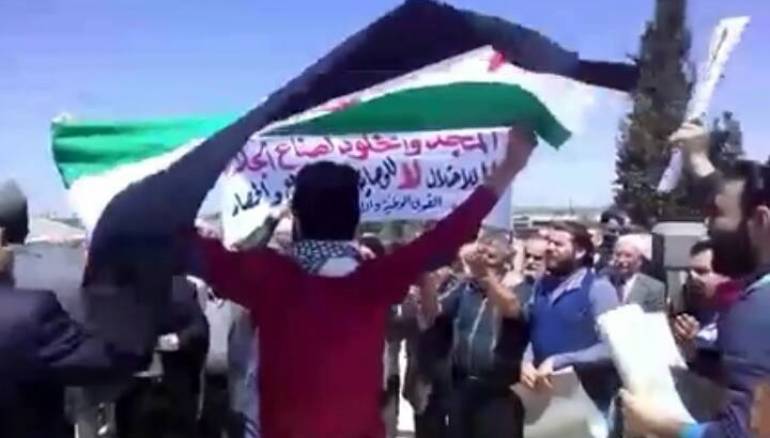 Activists in Al-Mazraa in the southern province of Suweida took to the streets on Monday to commemorate Syria’s Independence Day (Evacuation Day) where chants demanded another liberation from the grip of the Assad family and all foreign forces in Syria.

The national day commemorates the evacuation of the last French soldiers from Syria and the end of the French mandate in Syria on April 17, 1946.

Opposition activists in Suweida, a mainly Druze city, also demanded an end to forced displacement and the release of detainees.