Government news outlet quotes minister during meeting with Western journalists as saying terrorism and major media outlets are attempting to reshape the discourse of events in Syria, specifically in regards to the recent U.S. strike on the Khan Sheikhoun air base earlier this month 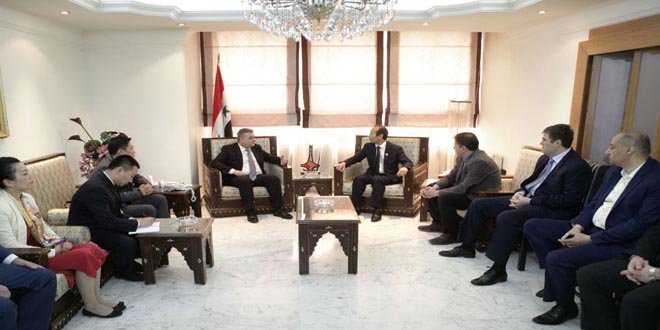 Information Minister Mohamad Ramez Tourjman said that Syria’s exposure to terrorism and false media reports aim at distorting the historical values of country and turning it into conflicting entities.

The minister’s comments came during a meeting with a delegation of Western journalists, in which Tourjman briefed the visiting delegation on video evidence which refutes allegations circulated by Western media outlets on the current situation in Syria.

He stressed that justification for the U.S. missile attack on Syria relied false allegations of the use of chemical weapons in Khan Sheikhoun.

For his part, head of the delegation Jamal Daoud said the visit aimed to convey the reality of the situation in Syria and to show support and solidarity with the Syrian people.

In a similar context, Tourjman also met with representatives from the China-Arab Friendship Association, in which he told attendees that major media outlets supported by the U.S. and regional countries have launched a fierce media offensive against Syria to cover up the reality of the crisis.