UNSC Resolution 2254 is the only plan to settle crisis in Syria and covers all aspects of a peaceful solution, Russian foreign minister tells journalists during press conference in the breakaway republic of Abkhazia, Syrian state media reports 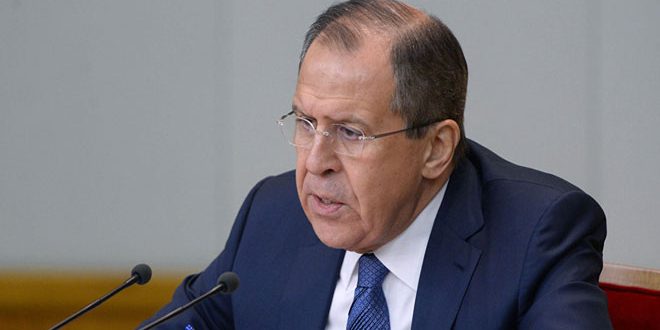 Russian Foreign Minister Sergey Lavrov affirmed on Wednesday that the best plan to settle the crisis in Syria is one through which only the Syrian people have the right to decide their own future.

In a press conference held in Abkhazia’s capital of Sukhumi, Lavrov said that for Moscow such a plan already exists and was approved long ago by the United Nations, not the United States, under Security Council Resolution 2254.

“The resolution covers all aspects of a peaceful settlement based on the principle that only the Syrian people have the right to decide on their country’s future,” he added.

When asked if any American plan on Syria had been discussed at his meeting with U.S. Secretary of State Rex Tillerson, Lavrov said, “I am confident that there is no alternative to the honest implementation of the United Nations Security Council Resolution 2254.”