U.N. head says organization will work to limit the impact of recent U.S. strike and violence in Aleppo and Idleb on any upcoming political talks, Syrian state media reports 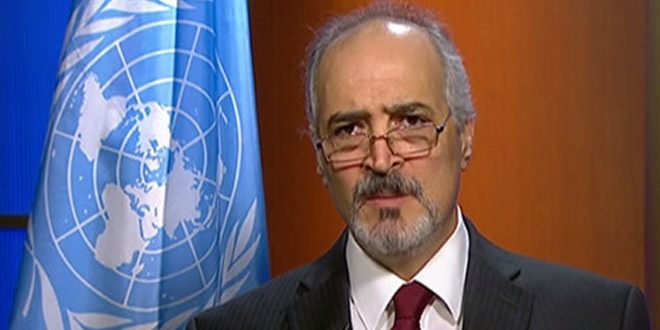 Syrian Ambassador to the United Nations Bashar al-Jaafari met with U.N. Secretary-General Antonio Guterres to discuss the recent U.S. aggression on Syria, as well as plans to open investigations into the attacks on Khan Sheikhoun and Shayrat air base.

During a meeting on Tuesday, Guterres condemned Saturday’s bombing which took place in the Al-Rashideen area in western Aleppo. Buses carrying locals from the besieged towns of Kefraya and Fouaa were struck by a suicide bomber, killing more than 120 people.

Guterres stressed the U.N.’s keenness to make the political process a success through the Geneva track, adding that the international body will work to limit the impact of recent attacks on political talks.