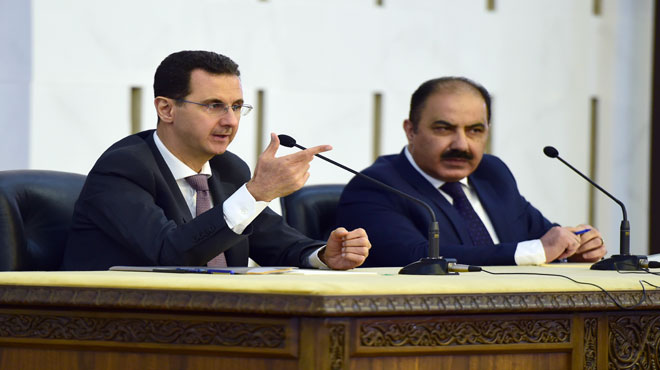 President Bashar al-Assad has called upon the Syrian Baath Party to boost its standing among citizens through new means of communication suitable to a shifting society.

Assad’s comments came during an expanded meeting of the Baath Party’s Central Committee on Saturday, where he stressed the need for the party leadership to find new ideas and methods to revitalize its work, while also calling for new programs that focus on the younger generations to enhance their sense of patriotism.

Assad said that one of the goals of the war on Syria was to undermine pan-Arab ideals and force Syria to abandon its values, stressing that the Baath Party plays an important role in consecrating Syria’s Arabism due to its belief that Syria is the basis of Arabism.

He also commented on developments in Syria, saying that the recent U.S. strike on Shayrat air base came after the terrorists suffered defeats in Hama amid advances by the Syrian army in the province’s north and the east. The president claimed that Western states, with the United States at their head, interfere in favor of terrorists whenever the government forces make significant advances.