Opposition media reports that family hit by strike while trying to leave the town of Tabqa, the ISIS-held Syrian town currently besieged by Western-backed SDF forces 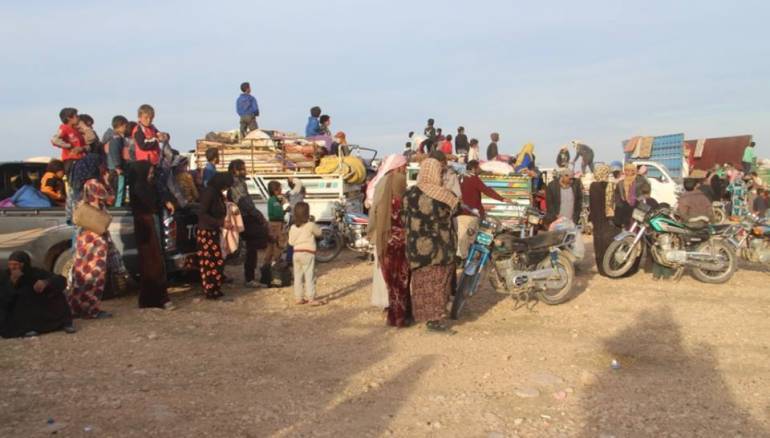 U.S.-led airstrikes killed 11 people from the same family as they tried to flee the heavy fighting between Kurdish-led militias and the Islamic State (ISIS) west of Raqqa city, a local monitoring group said on Monday.

Human rights group Raqqa is Being Slaughtered Silently said seven children were among the casualties of the strike when their car was hit trying to leave the town of Tabqa, which is currently being besieged by Syrian Democratic Forces units in their fight against ISIS.

The U.K.-based Syrian Observatory for Human Rights said that SDF units entered Tabqa on Monday, as fighters set their sights on the town and the nearby dam as part of their broader offensive for the city of Raqqa, the main ISIS stronghold in Syria.

The Kurdish-led group also took new ground from ISIS northwest of Tabqa, cutting a road linking Raqqa and the city of Tal Abyad near the Turkish border.

In a statement, the SDF announced that its forces have killed 76 ISIS militants in recent days, adding that 30 of its own fighters had also died in the fighting. At least eight ISIS fighters were also taken captive by SDF forces, according to the statement.