Fighters and their families from Foua and Kafraya have taken up new residence in an area cleared by Iran and Hezbollah in 2013 with a view of creating a Shiite presence there, opposition outlet Zaman al-Wasl reports 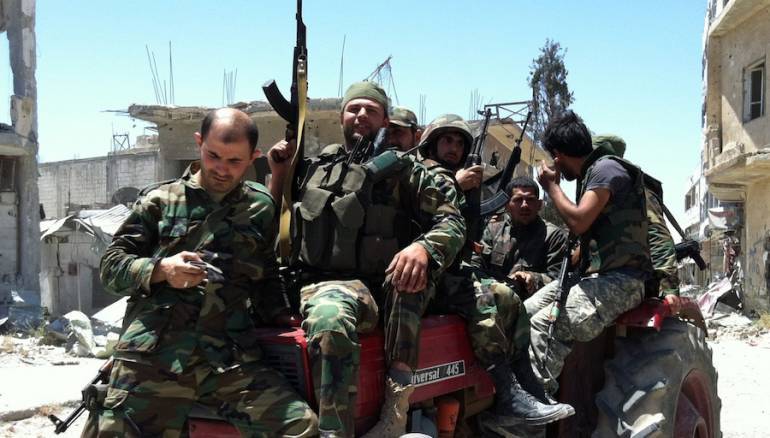 A well-informed source has confirmed that the Syrian regime has resettled some of the fighters from Foua and Kafraya and their families, who left their towns as part of the "Four Towns" agreement, in Qusayr in central Homs province.

The news was further confirmed by reports on the pro-regime Qusayr Local City Council Facebook page.

The Facebook page included the following post: “The city of Qusayr held funerary celebrations for the people of Foua and Kafarya who were martyred in the terrorist bombing.” The "terrorist bombing" is a reference to the bomb attack in Al-Rashidin in Aleppo province that targeted buses carrying evacuees from the two towns. The post confirms the resettlement of fighters from these towns in Qusayr.

The resettlement of fighters and their families from the Shiite towns in Qusayr is ironic as it was Iran and the Hezbollah militia who displaced thousands of the town and its countryside’s residents in the second half of 2013.

At the time, the Iranian militia did not hide its intent to turn the city into a sanctuary for Shiites. YouTube videos were posted of heavily armed fighters chanting sectarian slogans and raising a black banner bearing the writing “Oh Hussein” on a mosque in the city.

Since 2013 Iran, Hezbollah and regime forces have been preventing Qusayr’s residents from returning to it. This situation is not limited to Qusayr but extends to areas in Homs and Damascus’ countryside, where residents were forcefully displaced and prevented to return.

Activists confirmed that most of the villages and towns around Qusayr have been emptied of their residents, while the town itself was turned into military barracks and training centers for Shiite militias, including the influential Al-Rida Brigade.