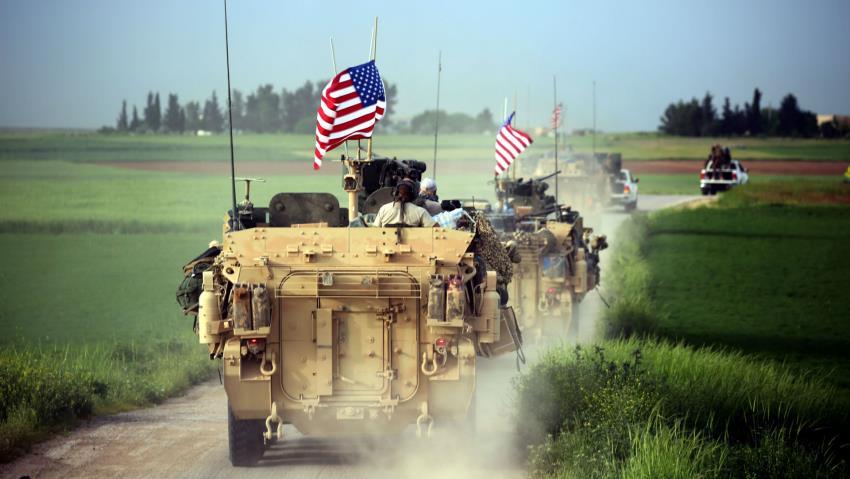 A top aide for Turkish President Recep Tayyip Erdogan has warned that U.S. troops deployed with Kurdish forces along the Syrian border are in danger of being attacked by Turkish forces.

Ilnur Cevik said in an interview with Turkish radio on Wednesday that U.S. military vehicles patrolling the border with their Kurdish allies were at risk of coming under fire.

"If PKK [Kurdistan Workers’ Party] terrorists keep up their actions inside Turkey… as you know they are infiltrating from northern Syria… If they go too far, we won't care about the U.S. armored vehicles and maybe some rockets will hit them by accident," Cevik said.

Cevik was, however, quick to issue a clarification on his comments.

"Turkey has never and will never hit its allies anywhere and that includes the U.S. in Syria," he tweeted on the same day.

The top adviser insisted, however, that U.S. troops were "shielding terrorists" in Syria in a move that was "alienating the Turkish people."

Pentagon spokesman Eric Pahon slammed the comments as "irresponsible and unacceptable," stressing that Turkey and Syrian Kurdish forces were America's "most trusted allies in the fight against the Islamic State group."

Ankara has deemed the YPG a terror organization and the Syrian branch of the PKK, which since 1984 has waged an insurgency inside Turkey that has left tens of thousands dead.