Russian-sponsored deal will involve the forced relocation of around 8,000 people to Idleb and Aleppo provinces, opposition outlet writes 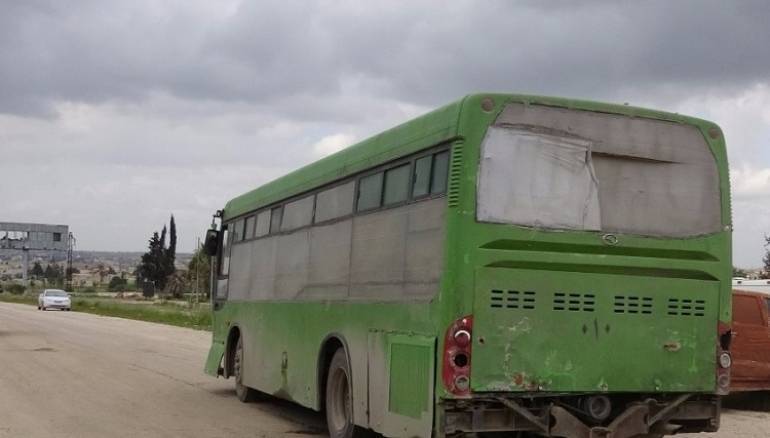 A deal is currently underway to displace the residents of the Barzeh neighborhood, north of Damascus, with the first batch to be sent to opposition-held Idleb on Monday, local sources told Zaman al-Wasl.

Sources said the first batch will include about 1,500 people, with a total number of about 8,000 people set to be displaced to Idleb and Jarablus in the countryside of Aleppo.

The sources compared the move to events taking place in many of the adjacent areas such as the Al-Tal, Qudsaya and Wadi Barada.

The agreement to forcibly displace civilians was sponsored and supervised by Moscow, the sources claim, adding that Russian soldiers will accompany the convoys of displaced to their destination. The sources denied any Iranian involvement in the resettlement plan.