New Coalition president backs opposition negotiators in demands for the formation of a transitional government, the removal of Assad and the prosecution of war criminals 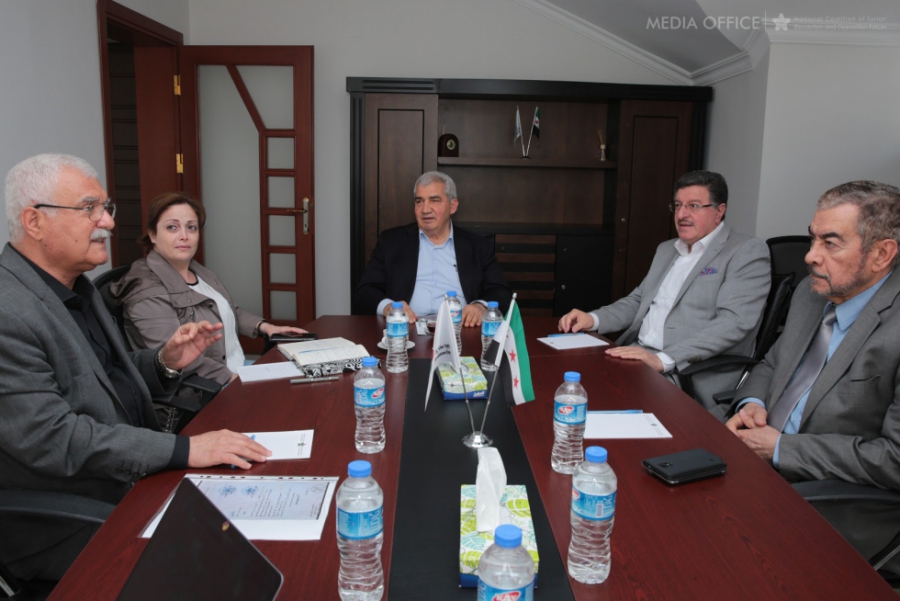 Syria’s main political opposition reaffirmed that any political solution in Syria must lead to the formation of a transitional governing body, the departure of President Bashar al-Assad, and accountability for war crimes carried out in the country.

The office of the United Nations Special Envoy to Syria Staffan de Mistura announced earlier that the U.N. will reconvene negotiations in Geneva on May 16.

Participants at the meeting stressed the importance of strengthening the relationship between the Coalition and the HNC, and uniting efforts to reach a political solution that would end the bloodshed in Syria and the suffering of the Syrian people.

Seif also slammed Iran’s “criminal role” in Syria as it continues to support the crimes of the Assad regime through its militias, which now constitute the bulk of the regime's forces.