Around 400 rebel fighters and 640 families leave the rebel stronghold on buses for the Turkish border as part of a forced relocation deal, opposition website reports 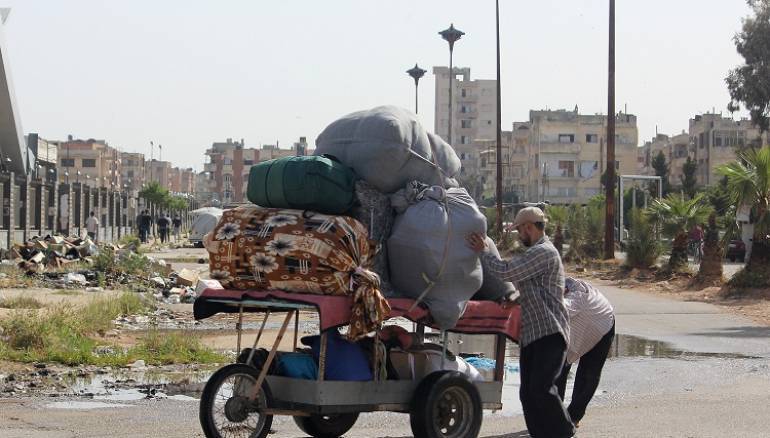 The largest batch of evacuees on Thursday left the Al-Waer neighborhood, the last rebel stronghold in Homs city, for the town of Jarablus on the Turkish border, a local reporter said.

Sixty buses were loaded with 2,400 people, including 400 rebel fighters and 640 families, as part of an evacuation expected to be among the largest of its kind under a Russian-backed agreement with the regime.

Until now, the forced evacuation deal has seen the departure of 15,700 people from Homs in weekly batches. The evacuation is scheduled to deport about 25,000 people, comprised of rebel fighters and their families.

Over the past year, the regime has accelerated its drive to force rebel-held pockets to surrender under evacuation deals similar to the one in force in Homs.