Demonstration held outside U.N. headquarters in Geneva as negotiations take place between the Assad government and envoy to Syria 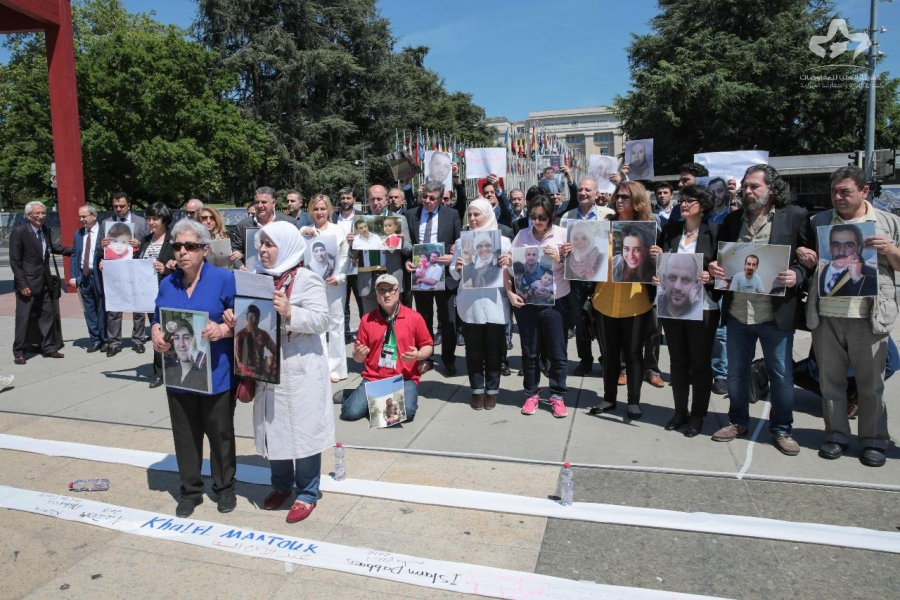 Syrian activists on Wednesday held a sit-in outside the United Nations headquarters in Geneva, Switzerland calling for the release of detainees from the Assad regime's prisons.

Participants of the demonstration, which included members of the opposition’s High Negotiations Committee along with relatives of detainees, held placards stressing their demands on behalf of every Syrian family who has lost their loved ones to Assad’s prisons.

Protesters urged U.N. members to pressure the Assad regime to immediately disclose all detainees’ names, reveal their whereabouts and fate, and to end the torture and ill-treatment of prisoners.

They also called for access for humanitarian groups to give medical and food supplies to detainees in prisons and detention centers in Syria.

Participants also stressed the importance of abolishing all special courts in Syria, particularly field courts, the court of terrorism and courts martial.