Coalition president urges international community to back comprehensive cease-fire and an end to all bombardment in Syria, opposition media office reports 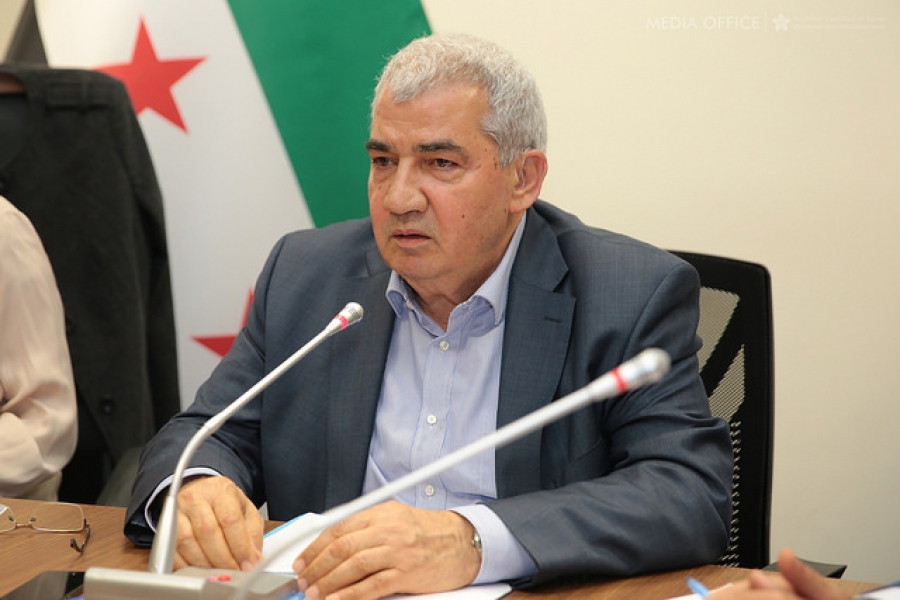 Seif and members of the Coalition’s political committee Hadi al-Bahra and Hussam Khalil will discuss the ongoing political process in Geneva with the international envoy.

The president Wednesday said that the Syrian opposition is primarily seeking to reach a political transition to get rid of the decades-long tyrannical rule of the Assad regime.

Seif stressed the need for the United Nations to assume its responsibilities and push toward a comprehensive cease-fire and ensure that all forms of bombardment end across Syria.

Detainees in Syrian President Bashar al-Assad’s prisons is one of the most important issues that will be raised during the meeting, Seif said, adding that war crimes are taking place on a daily basis inside the Assad regime's prisons, citing the mounting evidence of such crimes.