Coalition leader meets with U.S. envoy to Syria on the sidelines of Geneva negotiations between representatives from the Assad regime and opposition spectrum 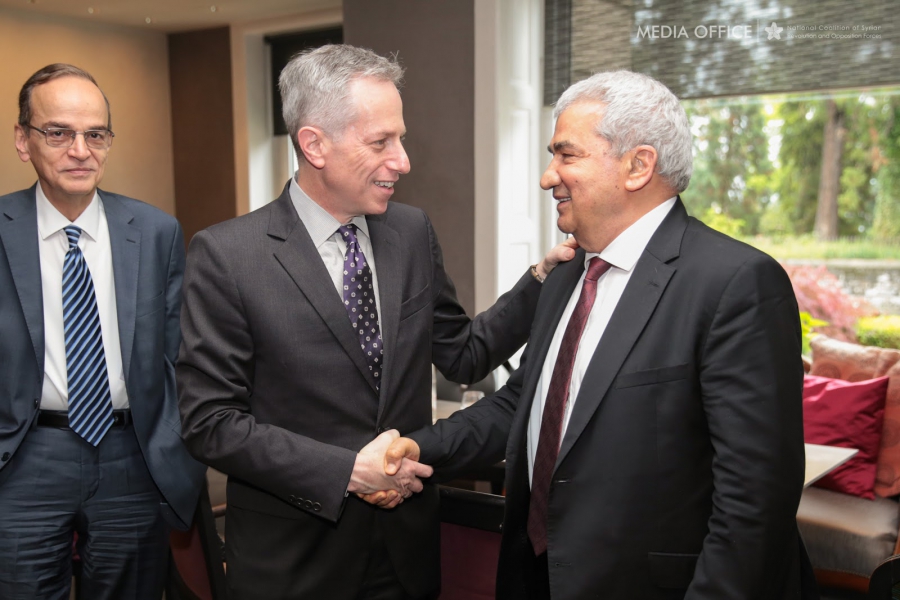 President of the Syrian National Coalition Riad Seif called on the United Sates to apply pressure on Russia to advance the Geneva negotiations in order to reach a political solution to Syria's war.

Seif made his remarks during a meeting with U.S. envoy to Syria Michael Ratney on Friday in Switzerland, in which he urged the U.S. to step up support for the opposition interim government and its projects to provide services and improve living conditions in liberated areas.

The opposition leader also gave an overview of plans to reform the Coalition to improve its performance and play a greater role in defending the Syrian revolution and the Syrian people's right to freedom and dignity.