Coalition leader calls for assistance in light of the destruction of essential infrastructure in Syria's opposition-held areas, media office reports 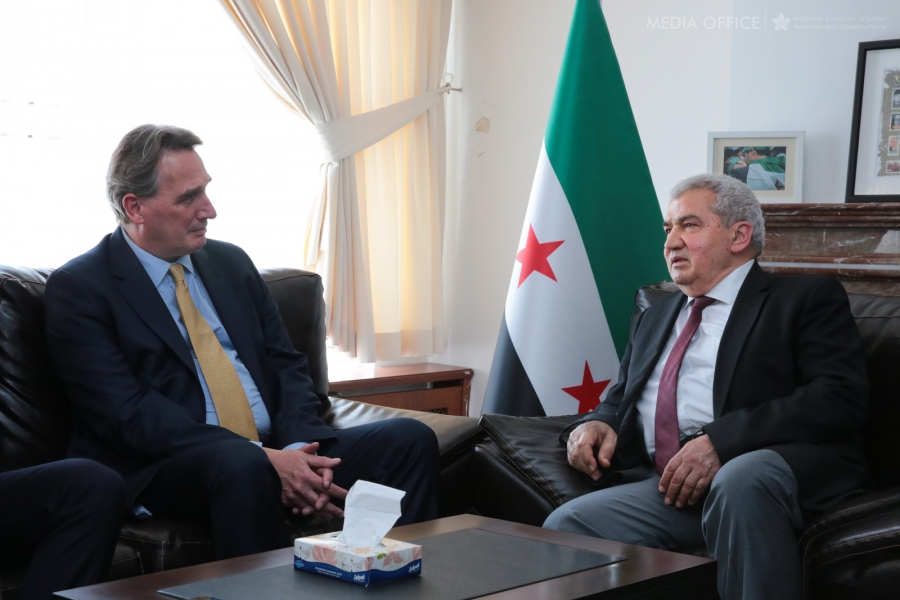 President of the Syrian National Coalition Riad Seif met with Dutch envoy to Syria Gerard Steeghs to discuss the latest political and ground developments in Syria, in Istanbul on Monday.

Seif said that despite the scarcity of resources, the Syrian interim government has witnessed success in providing essential services to the population in the liberated areas. He called upon the Netherlands to support opposition projects in view of the systematic destruction of vital civilian infrastructure by the Assad regime.

"We look forward to the support of the Dutch government for projects in the liberated areas aimed at alleviating the suffering of the Syrian people,” Seif said.

With regards to the Astana meetings, Seif stressed the Coalition's rejection of allowing Iran any role in the agreements reached during the meetings in the Kazakh capital. He emphasized that the Astana track cannot replace the Geneva process.

"We are concerned that the latest agreement in Astana is designed to establish separated cantons paving the way for the division of Syria," Seif said.