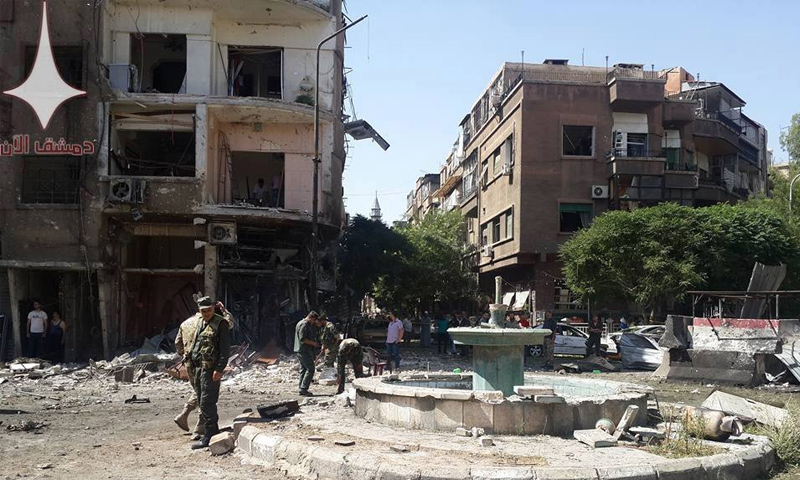 Authorities successfully destroyed two car bombs in the city of Damascus on Sunday, while a third bomb was detonated by a suicide bomber in Bab Touma, killing and injuring a number of civilians.

In a statement, the Interior Ministry said terrorist organizations mobilized three car bombs with the aim of detonating them in safe neighborhoods in the capital. It added that authorities detected and pursued the bombers to prevent them from reaching their targets, managing to destroy two of the cars at the Airport Road roundabout area.

The statement said that the third car bomb detonated as the authorities were closing in on the vehicle in Al-Ghadir Square in Bab Touma, killing and injuring a number of civilians and causing material damage.

The ministry affirmed that it will remain vigilant to prevent against terrorist attacks, calling on citizens to notify the authorities of any suspicious activity.

Local Administration Minister Hussein Makhlouf visited the site of the explosions at the Airport Road roundabout, announcing that work is underway to repair damage to infrastructure, streets and houses.

Meanwhile, Health Minister Nizar Yazigi visited wounded people at Damascus Hospital and the Syrian Arab Red Crescent Hospital, saying that the injuries ranged from slight to severe. All of the wounded are receiving treatment, and some have already left the hospitals after being treated, he said.