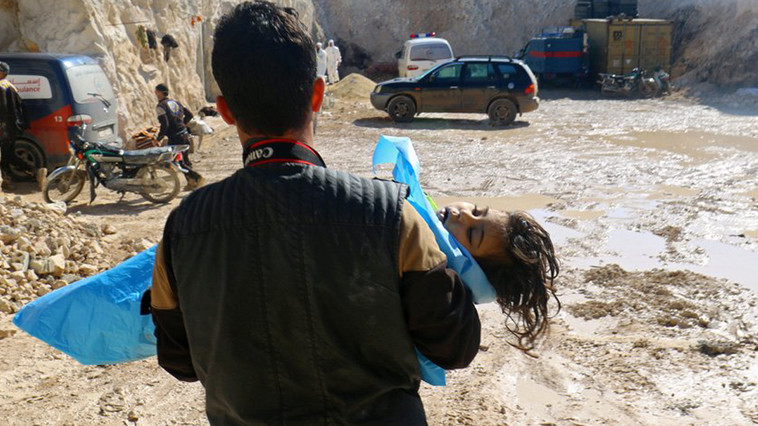 Syria has rejected a report by the world’s chemical weapons watchdog on the Khan Sheikhoun incident, claiming it includes a fabricated narrative with no credibility.

In a statement issued on Saturday, the Foreign Ministry said that the Technical Secretariat of the Organization for the Prohibition of Chemical Weapons (OPCW) issued a misleading report on the results of a fact-finding mission regarding the Khan Sheikhoun incident on April 4.

“Now this report comes up with a fabricated and contrived narrative that has no credibility and cannot be accepted in any manner, because it is removed from logic and is concocted by a twisted imagination that only thinks about weaving conspiracies and about ways to raise the collapsing morale of terrorist groups following the achievements made by the Syrian Arab Army and its allies on the Syrian ground,” the statement said.

The main purpose of forming these committees is to hide facts, the statement said, adding that OPCW reports are prepared and authored in advance by certain circles that are hostile to Syria.

The ministry said the fact-finding committee’s reliance on testimonies of terrorists located in Turkey shows the absence of the minimum amount of truth required, asserting that the statements were from false witnesses that follow the instructions of those who paid them to testify.

It also called into question the legitimacy of the so-called “White Helmets,” who are proven to be tools for the Nusra Front and other terror organizations, as well as American and British intelligence.

The Syrian government condemns the use of toxic chemicals regardless of the circumstances and the side they are used against, the ministry said, adding that Syria believes the use of such weapons is immoral and unjustifiable.