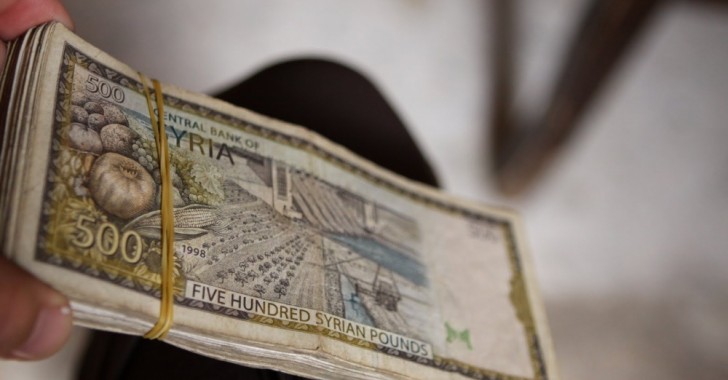 It seems clear that the impact of foreign transfers which increased greatly during Ramadan and before Eid al-Fitr has receded, and the Syrian pound has begun to lose the gains it enjoyed during the past month.

The Syrian pound increased particularly during the holy month alongside an increase in the rate of foreign transfers sent by expatriates to their families, leading to an rise in demand for the Syrian pound and the exchange of large amounts of foreign currency in the markets.

Since Thursday the Syrian pound has begun to lose its gains against various currencies, foremost the dollar, whose exchange rate has gradually increased.

The prices of the dollar, euro, Turkish lira, Saudi riyal and Jordanian dinar have increased against the falling Syrian exchange rate.

The rate of the “Damascus dollar” rose 3 pounds to become 525 pounds buying and 529 pounds selling.