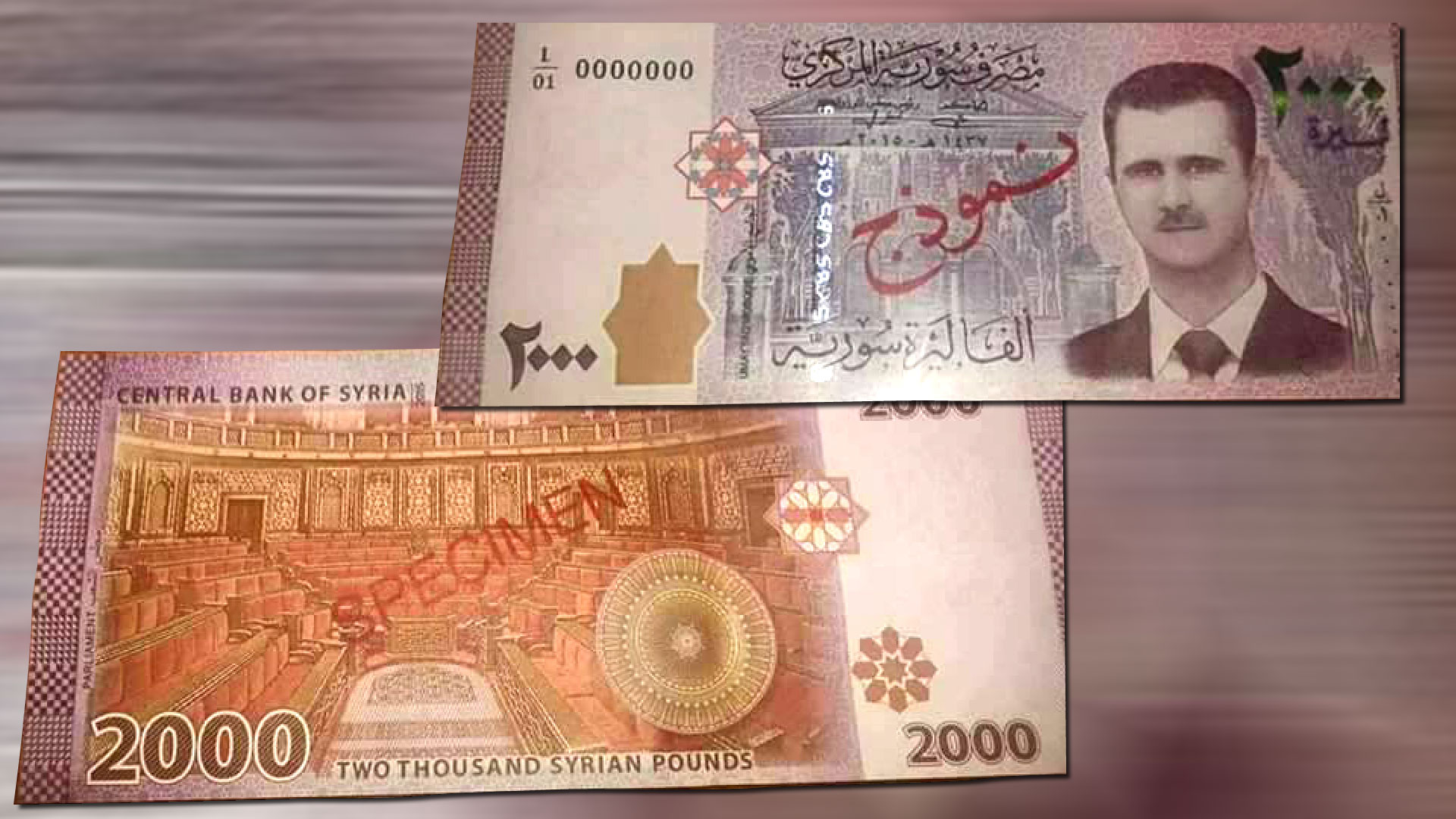 Syria announced on Sunday that it was launching a new 2,000 Syrian pound bill in the city of Damascus and a number of other Syrian provinces which will for the first time bear the image of the regime's president, Bashar al-Assad.

The Syrian Central Bank Governor Duraid Durgham said in a press statement on Sunday that the bank would issue the 2,000 pound note in Damascus and a number of Syrian provinces.

Durgham said on his Facebook page that distributing the new bill was necessary in order to address the inflation seen in recent years and that it would not impact current financial policy.

The governor indicated that issuing this bill would make things easier for Syrians who carry large quantities of cash for their daily transactions.

The Syrian pound over the last six years has lost more than 500 percent of its value against the U.S. dollar and the euro, which reflects negatively on the value of the monthly salary of Syrian citizens, according to observers.

The average exchange rate of the Syrian pound against the dollar on Sunday, according to local sources, was 526 pounds, while it was 600 against the euro. The average monthly individual income in Syria is about $65.

Observers have warned against the imminent collapse of the Syrian pound because of the continuous collapse of Syrian central reserves, coinciding with military events in Syria, a lack of security and the decline of foreign exchange resources.

Syrian financial analyst Ali al-Shami said that an increase in the inflation rate and the lack of liquidity of the Assad government were behind the issuing of large denomination bills. He said the move was deficit financing and that it would quickly reflect on Syrians with poverty and on the pound with more inflation.

Shami said that the current money supply of Syrian currency was 660 billion Syrian pounds, before the introduction of about 10 billion pounds of the new denomination, which will subsequently appear in the Syrian markets.

The Assad regime in 2013 printed about 10 billion Syrian pounds in Russian printers following a presidential decree, after European states prohibited printed Syrian currency as a result of the sanctions imposed on the regime in 2012.

Economists expect the injection of new currency without productive or service coverage to increase the inflation rate because the Central Bank announced its withdrawal of support of the pound after two years of intervention sessions. They added the Central Bank has nearly run out of foreign reserves, which were estimated at about $18 billion in 2011.