Residents of the beleaguered area say that negotiating with the regime and Russia does not mean that they are ready to surrender, opposition media office reports 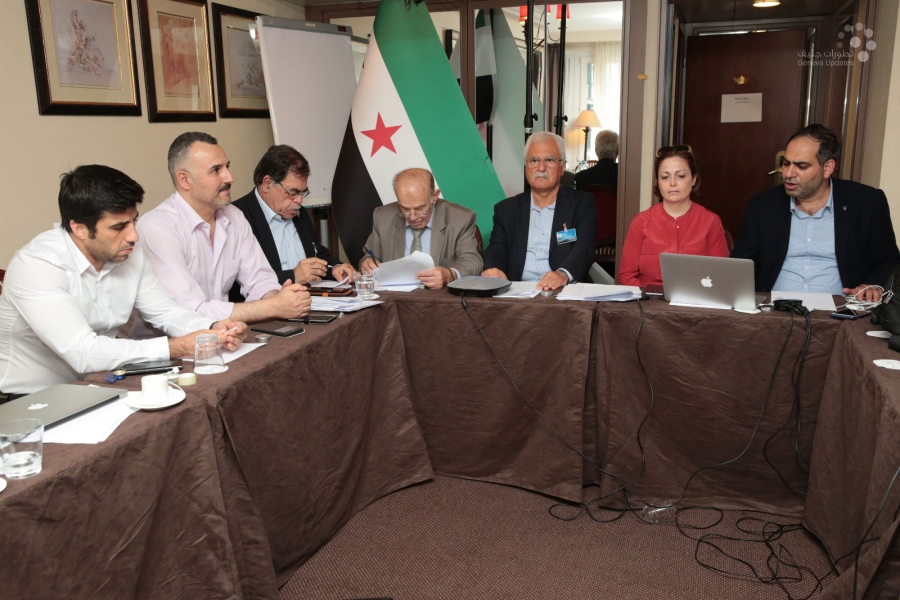 Members of the High Negotiations Committee's delegation to the seventh round of the Geneva talks discussed the latest political and military developments in eastern Qalamoun with representatives of civil and military groups from the area on Wednesday.

The representatives said that eastern Qalamoun had been subjected to a crippling siege by the Islamic State (ISIS) extremist group and the Assad regime.

The Assad regime, backed by the Russian army, recently launched a large-scale offensive on civilian areas and FSA positions in eastern Qalamoun in the rural Damascus province. The Assad regime is seeking a repeat of the scenario that took place in other liberated areas and ended with mass forced displacement of the population, changing the demographic landscape in those areas.

Following the launch of the offensive in eastern Qalamoun, the Assad regime closed down the only route to the town of Jairoud. Representatives of the residents in the area said that the move is aimed at putting "more pressure on civilians to agree to the settlement that Russia is trying to impose on the local population."

The two sides discussed the ongoing negotiations between the FSA groups in the area on one side and the Assad regime and Russia on the other. The representatives stressed that "their agreeing to negotiate with the regime does not mean surrender and that they will continue to defend their areas.”

The representatives said that Russia couldn’t claim to be a guarantor of any agreement as it continues to support the regime and advance its interests.

Members of the HNC delegation stressed that they raised the issue of both Qalamoun and Arsal before active players in Syria and United Nations organizations in meetings in Geneva.

"We are exerting every effort so that the cease-fire agreement covers all Syria, not only Daraa,” said George Sabra, head of the HNC mission to Geneva.

Sabra added that the Assad regime’s pursuit of negotiations with the Syrian people to reach the so-called "reconciliation deals" is the result of its failure to achieve any military progress on the ground and the revival of political process by major players in Syria.