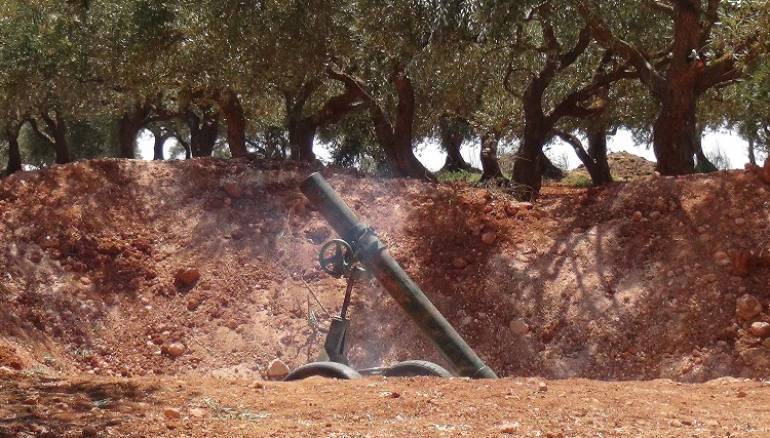 Ahrar al-Sham and Hay'at Tahrir al-Sham reached a deal to end a week of tensions that raised fears of widespread violence in the rebel-held province of Idleb, a press officer from the Al-Qaeda-affiliated group told Zaman al-Wasl.

Imad al-Din Mujahed said both warring parties agreed to ease tensions and to halt fighting and media provocation by forming a committee to reconcile the friction.

Omar Khattab, a military spokesman for Ahrar al-Sham, said the situation is “calm” after the mobilization and deployment of troops from both Islamist groups.

On Saturday, the ultraconservative Ahrar al-Sham said Hay'at Tahrir al-Sham was sending reinforcements to the town of Saraqib and the Jabal Zawiya region in preparation for an attack.

The Ibaa News Agency of the Al-Qaeda-linked group accused Ahrar al-Sham of setting up checkpoints and detaining one of its commanders and his bodyguard, adding that Hay'at Tahrir al-Sham later removed the checkpoints by force, AP reported.

The Britain-based Syrian Observatory for Human Rights said the clashes late Friday were concentrated near the village of Tell Touqan.

The two rival groups clashed earlier this year before a truce was reached.

Idleb is one of the most important strongholds of rebels, including jihadist factions, who seek to overthrow President Bashar al-Assad, whose air force, along with that of his ally Russia, has been heavily bombarding rebels there.