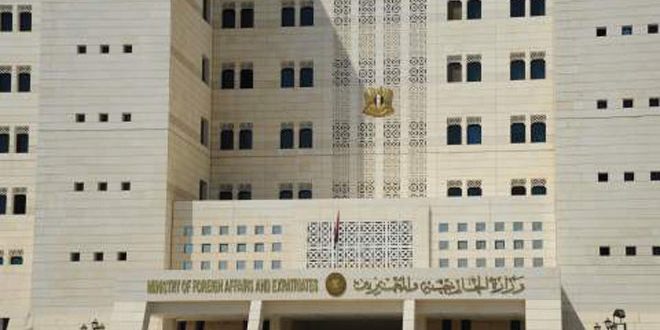 The European Union has imposed new sanctions against Syrian figures and scientists who are performing their duties to push forward the development process and counterterrorism efforts in Syria, an official Foreign Ministry source said Tuesday.

The new decision, the source added, came within the framework of the hysterical EU campaign against the Syrian people using far-fetched pretexts regarding the Khan Sheikhoun incident, where terrorist groups targeted innocent civilians with chemical weapons.

“Syria reaffirms that it does not have any form of chemical weapons,” the source said, adding that the Syrian state has never used them at any time or place under any circumstances, confirming its compliance with its legal obligations under the Chemical Weapons Convention.

The source noted that the unjustified measure, which was taken before the completion of the investigation into events in Khan Sheikhoun, reflects the negligence of EU officials and their insistence on supporting terrorist groups and misleading the international public opinion.

The ministry source rejected the new measures, adding that the EU sanctions directly support terrorists and cover up their crimes.