Information from local UNDP partner suggests PYD and coalition forces were responsible for the damage and destruction of dozens of homes, Zaman al-Wasl writes 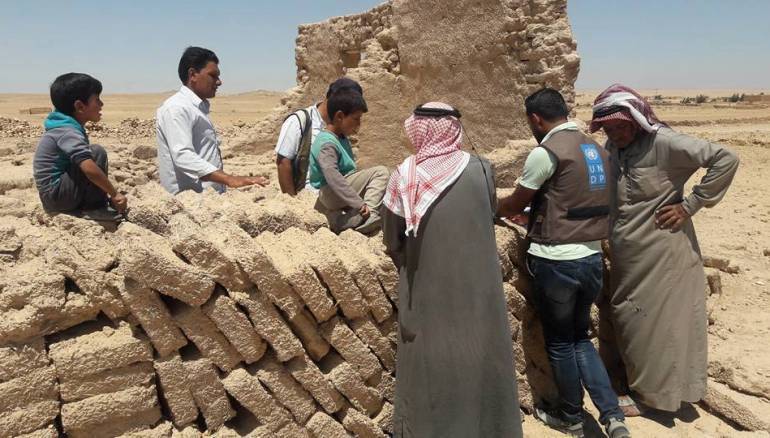 A United Nations Development Program partner has released data indicating that the Democratic Union Party (PYD) and the international coalition forces have destroyed dozens of houses in the west of Hassakeh province.

The news comes ahead of plans to rebuild the village of Al-Badia in the region of Mount Abdulaziz, so the local population can return to their homes.

According to sources, a survey team from a local humanitarian group in Hassakeh surveyed 50 houses that were destroyed as a result of the fighting and vandalism by PYD militants in Al-Badia. The sources noted that the survey is part of a project implemented by the UNDP in partnership with the charity to rebuild the damaged houses in the village.

The sources said that houses in nearby villages were also destroyed by PYD fighters, notably in Al-Rihaniyah, Al-Aghabish and Tel al-Hamam.

On several occasions, the PYD and its supporters denied accusations of burning houses and destroying Arab villages in rural Hassakeh in acts of revenge or theft, despite international human rights organizations having documented many cases.

Arab residents say they fled their homes after the PYD fighters launched an attack on their villages in the areas of Mount Abdulaziz, Tal Tamer and Mabrouka, west of Hassakeh, amid terrifying bombardment by international coalition aircraft. Mabrouka was in the control of Islamic State (ISIS) forces for a year.

The attack resulted in the complete or partial destruction of these villages. The PYD militants looted the content of homes, burnt some houses and destroyed buildings preventing the return of their inhabitants.

The PYD fighters, backed by coalition forces, tightened their control on the entire Mount Abdulaziz area after bloody confrontations with ISIS on May 20, 2015. The area is a famous stronghold of the Arab Al-Baggara tribe.