Rebels call on factions to attack government forces in the south amid signs of warming relations between the Assad regime and other powers, Zaman al-Wasl writes 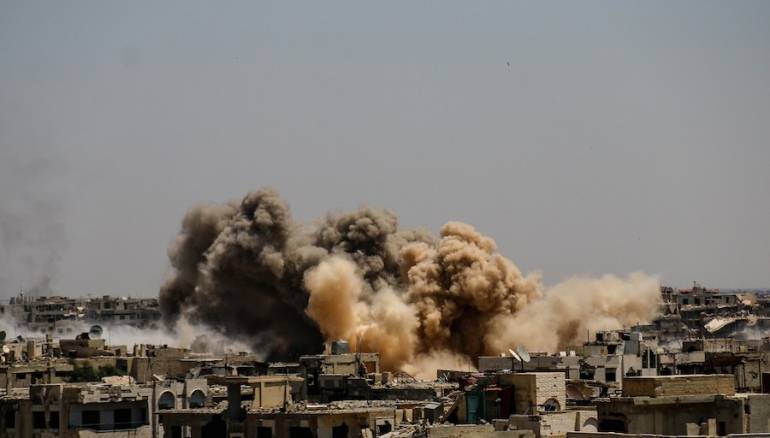 Key rebel groups in the Syrian desert said regional and international powers are pressuring them to end their fight against the Assad regime and to launch attacks on the Islamic State (ISIS) instead.

In a joint statement issued on Wednesday, the Forces of Martyr Ahmad al-Abdo and the Lions of the East Army urged fellow rebel factions to launch attacks on regime forces in Qalamoun and Daraa amid reports of "positive" rapprochement between Amman and Damascus.

Forces of Martyr Ahmad al-Abdo said the ultimate goal of the Assad army's push in the Badia was to link its forces with Iraqi militias on the other side of the border.

The statement come as the regime army and Shiite militias pressed gains at the border.

Since May, the regime army has been moving large numbers of troops to the Badia region on the country's border with Iraq and Jordan.

Early this month, the Amman-linked Jaish al-Ashaer (Army of Free Tribes) withdrew from its posts in the Badia near Suweida city, in a surprise move granting the regime army more territory.