Tensions continue over the debate around the Kurdish curriculum in Syria's north, Zaman al-Wasl reports 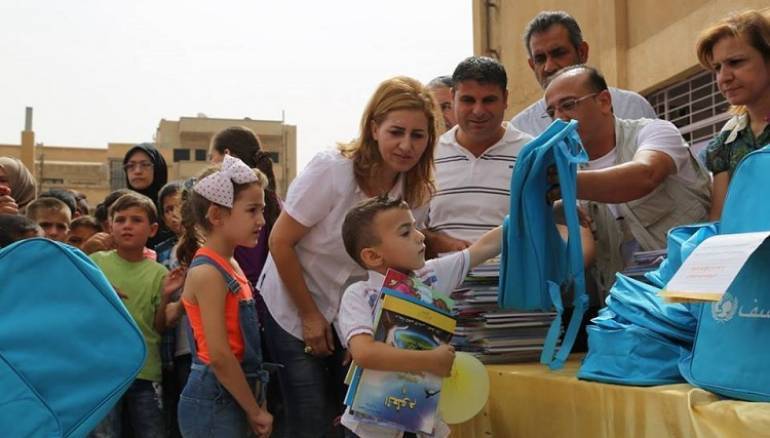 The Kurdish Democratic Union Party (PYD) opened registration in schools under its control in Hassakeh on Tuesday, rejecting a United Nations Children's Fund (UNICEF) proposal to hand over 2,000 schools to the international organization in an effort to end the curriculum dispute in the province.

Despite the Assad regime’s approval of the UNICEF offer, the Kurdish administration announced in a statement that the new school year would start on Sept. 12, noting that the registration of new students would begin on Sept. 5.

The PYD said that about 13,000 teachers had been trained and 2,000 schools had been equipped for the current semester, according to the party's media.

UNICEF recently offered to take over Hassakeh schools to teach a standardized curriculum for children throughout the province in exchange for guaranteed salaries for teachers.

The Assad regime’s education department approved the offer while the PYD refused to hand over the schools, insisting on teaching its own curricula at pre-university levels, according to one teacher who spoke with Zaman al-Wasl.

The teacher added that UNICEF organized three training courses for teachers from a number of schools in Hassakeh city.

Last month, the PYD obstructed UNICEF plans to set up schools in the Al-Mabrouka displaced camp in rural Hassakeh for not implementing the curriculum approved by the Kurdish administration.