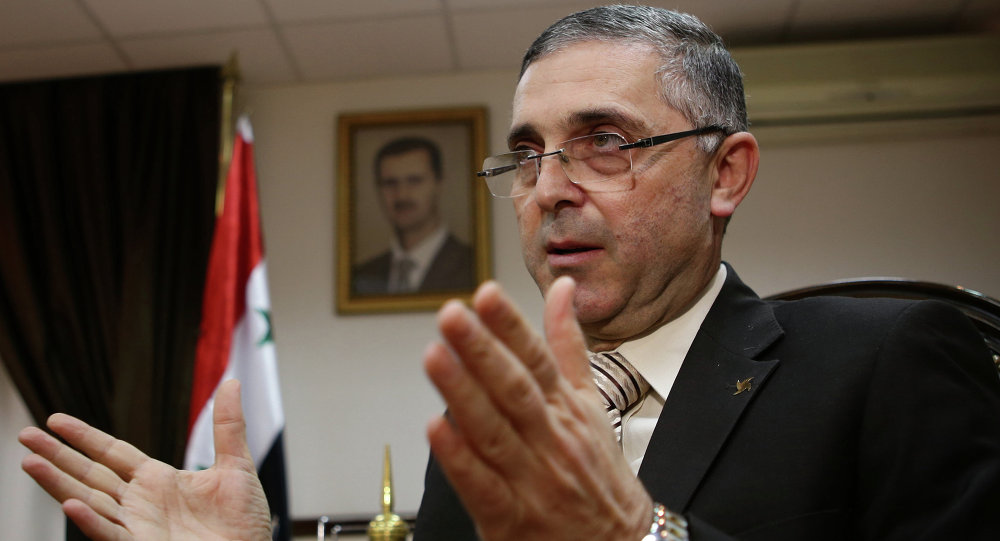 Reconciliations Minister Ali Haidar stressed Syria is committed to reconciliations and fighting terrorism as a means to end the crisis and reaching a national dialogue without foreign interference.

Haidar's comments came during a meeting with an Italian parliamentary delegation to the European Union General Assembly, headed by Paolo Romani, on Wednesday.

The minister added that the misleading media campaign by Western countries has failed to achieve its goals, but has contributed to the spread of terrorism.

He reiterated that the victories achieved by the Syrian army and its allies against terrorism, the latest of which was lifting the siege on the city of Deir-ez-Zor, will work toward advancing the political settlement.

Haidar said it is critical that EU parliaments stand by the interests of their people, calling upon lawmakers to coordinate and communicate with the countries which are fighting terrorism.

In a statement, Romani stressed the importance of conveying the reality of events in Syria, saying that delegates went to Syria to better understand the situation, hold meetings with the Syrian government and convey the true image of the country to the Italian public.