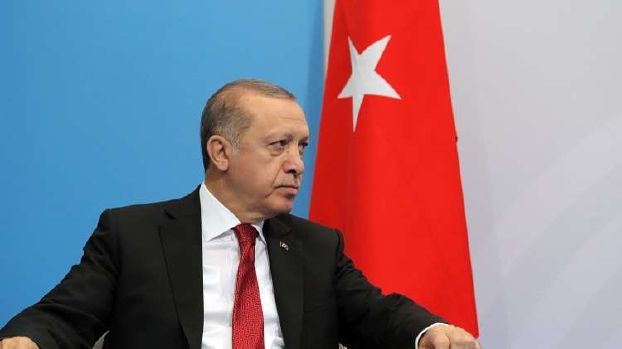 The Turkish Hurriyet newspaper quoted Erdogan as telling journalists onboard his plane after arriving from Kazakhstan: "I did not meet with Assad and I do not intend to meet with him."

Turkey, in addition to Russia and Iran, is participating in the sixth round of Astana talks on Syria scheduled for Thursday and Friday this week. It is expected that guarantor countries Russia, Turkey and Iran will hold a meeting for the joint working committee.

Erdogan said there were no disputes between Ankara and Moscow over implementing a safe zone in rebel-held Idleb province in northern Syria.

Erdogan told journalists: "Matters in Idleb province at the current time are proceeding according to what we agreed with Russia. There are no disputes with Moscow around this issue. Our negotiations with Iran will also not bring any conflicts into the agenda. I believe that sound negotiations will continue after the Astana meeting and the process will develop positively."

It should be noted that there are three de-escalation zones established in Syria, north of Homs city, in the Eastern Ghouta and in Daraa province. Work is underway to establish a new zone in Idleb.

Erdogan had said that the sixth round of Astana talks would be the final round for negotiating for a solution to the crisis. The Turkish president said at the start of last week during a meeting with his Kazakh counterpart, Nursultan Nazarbayev, that the coming meetings would be the final stage for the Syrian negotiations.

The Turkish president said: "I hope that the Astana [talks] will be the end of the steps taken and thus will contribute to facilitating the Geneva talks."