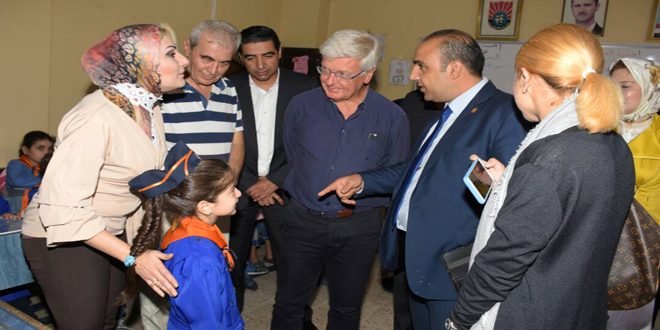 During the visit, the parliamentarians expressed deep grief and sorrow over the destruction caused by terrorist groups to areas of the city, especially the ancient souk in the old city.

In a statement to SANA, Italian MP Paolo Romani said that the majority of Italians are unaware of the reality of events in Syria as the Western news media fail to accurately convey the situation on the ground.

Romani said that the main aims of the delegation's visit are to convey the real image of Syria to the Italian people, while also reactivating diplomatic relations between the two countries.

The MPs also expressed hope that Italy will play a positive role in the reconstruction of Syria.