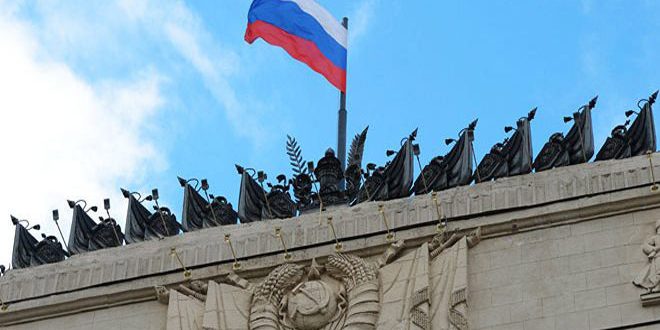 Russia has accused the Nusra Front of breaching the de-escalation zone agreement after its militants mounted a terrorist attack on Syrian military sites in the north of the province of Hama.

In a statement published on the Russia Today website, Russia's Defense Ministry said that U.S. intelligence services stood behind the Nusra attack, which aimed to penetrate the de-escalation zone set up in Idleb province in an effort to halt the Syrian army's victories in Deir-ez-Zor.

The statement noted that the attack also aimed at expelling the Russian military police who are monitoring the de-escalation zone agreement.

In the same context, Sergei Rudskoy, the head of Russian General Staff's main operation command, said that the Nusra Front and other terrorist factions which do not want to implement the cease-fire agreement were responsible for the joint attack.

He said that the large offensive started on Tuesday, adding that armored tanks and vehicles targeted the Syrian government forces located north and northeast of Hama city. The area is included in the de-escalation zone established for Idleb province.

Rudskoy added that 850 terrorists were killed during a military operation inside the de-escalation zone, pointing out that three Russian soldiers were injured in the attack.