Family members of missing girl had previously executed several of her accused kidnappers, dumping their bodies at a roundabout in the center of the southern city 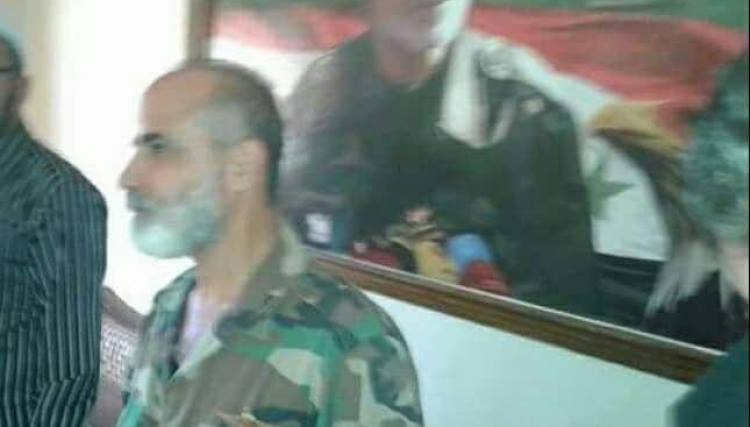 The commander of the Bustan Association militia was seized on Sunday from in front of his Suweida home over his purported involvement in the kidnapping of a girl in September.

Activist Khalid al-Qadmani said that relatives of Katerin Mazhar, who went missing last month, laid an ambush for Anwar Karidi and abducted him with one of his companions, which led to clashes in the city’s districts between militia members and the Mazhar family.

Qadmani told All4Syria that Karidi's arrest came after the Mazhar family published confession obtained during the torture of a suspected accomplice confirming his involvement in the kidnapping.

The activist said that the capture of Karidi will be no surprise to Suweida residents as a result of the tensions between him and the head of the military security branch, Gen. Wafiq Nasser. Nasser is said to have welcomed a move on Karidi through the family of the missing Mazhar girl.

A previous statement released by the Mazhar family said that Katerin's attackers had taken her to a medical supply warehouse in the Mayat al-Turba square in Suweida with the aim of selling her for body parts.

However, the girl’s father, Haitham Mazhar, has placed blame on both men, saying in a recording that “Anwar Karidi and Gen. Wafiq Nasser have a hand, 100 percent, in the kidnapping of the girl.”

The Bustan Association is one of the most prominent local pro-regime militias, despite being categorized as an aid group. They are based out of the Mezzah 86 area in Damascus and they have played a role in suppressing the revolution since 2012.

An earlier report by AlsouriaNet can be found here.