Calls for protection of non-combatants follows deadly Russian raids on a group of civilians in Al-Ashara fleeing nearby bombardment, SNC media office reports 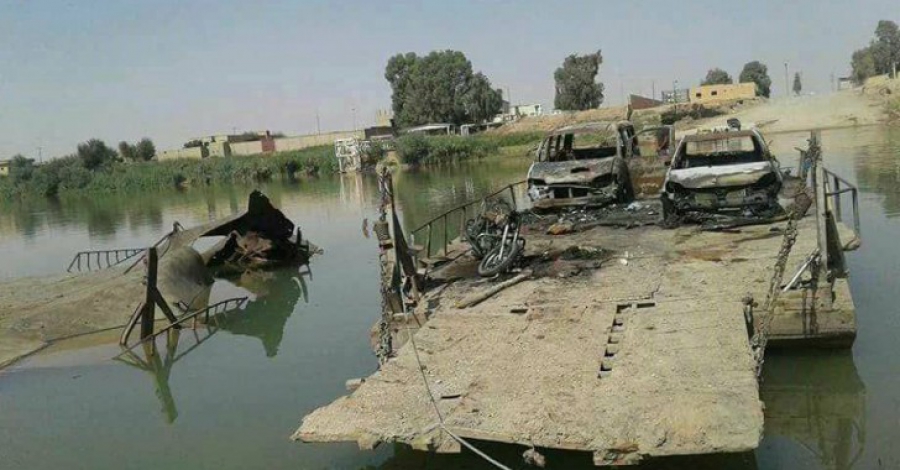 The Syrian National Coalition renewed its calls for the United Nations to take all necessary measures to protect Syrian civilians after Russian jets targeted a crossing on the Euphrates River this week, killing dozens of locals.

In a statement issued on Wednesday, the Coalition said that the Russian warplanes on Wednesday committed a horrific massacre near the town of Al-Ashara in southeast Deir-ez-Zor, claiming the lives of at least 50 civilians, mostly women and children.

“Eyewitness reports confirmed that civilians were targeted while trying to cross the Euphrates River to escape the ongoing barbaric bombardment. Jets of the Russian occupation forces directly bombed civilians in broad daylight, causing a massacre and injuring dozens of civilians,” the Coalition said.

The Coalition condemned the brutal crime, holding the international community responsible for “the escalating killing, war crimes, and violations of international law and U.N. Security Council resolutions by warplanes of the Russian occupation forces, the Assad regime and the Iranian-backed militias.”

"This massacre comes only a few days after militias of the Assad regime opened fire on a convoy of civilians trapped in eastern rural Hama countryside, killing 80 civilians, including women and children, and injuring dozens more,” the opposition body added.

The Coalition said that tens of thousands of civilians are now trapped in rural Deir-ez-Zor while being subjected to intense aerial and land bombardment. "They also suffer from lack of essential services, most notably a near total collapse of the health services amid an urgent need for food and medical aid,” it stressed.