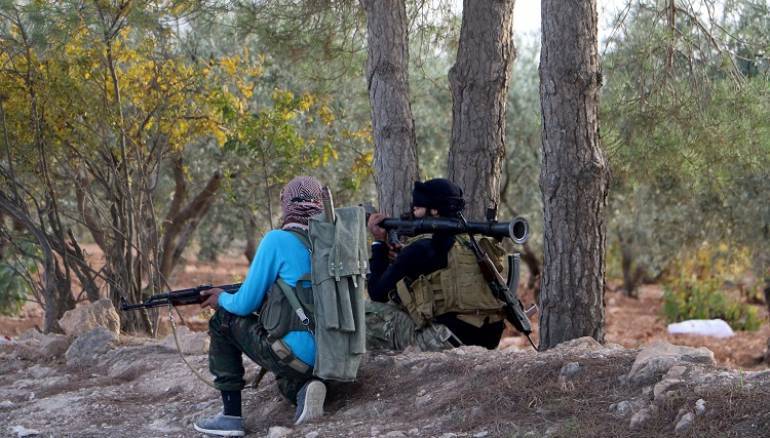 The powerful Hay'at Tahrir al-Sham alliance on Saturday vowed to defeat Turkey-backed Free Syrian Army groups, hours after Turkish President Recep Tayyip Erdogan declared that his forces would support “a serious operation” in the northern Idleb province, which is largely controlled by jihadists.

The former Al-Qaeda branch in Syria said in statement that the "Factions of treason have chosen to stand alongside the Russian occupier."

Erdogan said in September that Turkish troops would be deployed to Idleb as part of a new Russian-backed de-escalation agreement.

In a speech to his AK Party on Saturday, Erdogan said that Turkey and Russia would both work to support the FSA operation.

“Now this step has been taken, and it is underway,” he said, adding that Turkish forces were not yet involved and that it was a rebel operation so far.

Turkey-backed FSA groups in the Euphrates Shield campaign, which was launched by last Ankara year, are ready to cross into northwest Syria from Turkey, Mustafa Sejari, a senior official in the Liwa al-Mutasem group, said.

“The Free Syrian Army, with support from Turkish troops, is in full readiness to enter the area, but until this moment there is no movement,” he said.

A member of the Hamza Brigade, another FSA rebel group in the Euphrates Shield campaign, told Reuters an incursion into northwest Syria was imminent.

The rebel group posted a video online of what it said was a convoy of its forces heading for Idleb.

Residents near the Bab al-Hawa border crossing with Turkey in Syria sent Reuters photographs of what they said was a section of the frontier wall being removed by the Turkish authorities.