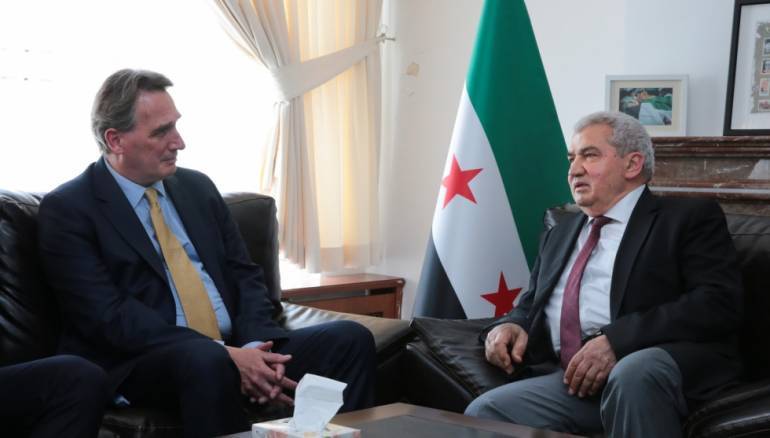 The major shift in the European political stance over Syrian President Bashar al-Assad’s future and his role in the transitional period is no longer a subject of speculation.

On more than one occasion, the European Union has, through its foreign policy chief Federica Mogherini, expressed its inclination to accept the status quo, while French President Emmanuel Macron recently said that his country held a similar stance.

European countries have thus retreated from their former hard-line positions toward Assad in a 180-degree pivot. Some European ambassadors are trying to pressure the Syrian opposition to accept Assad remaining in power during the transitional phase. These attempts come as Germany sends a delegation of security officials to meet with the regime to cooperate on terrorism and refugee issues.

Over the summer, an EU security intelligence delegation visited Damascus and held several meetings with Syrian intelligence officers. The delegation asked Syria to cooperate in the security field, especially after the wave of terrorism that struck various European countries including Belgium, Germany and France.

Speaking about the meeting, sources informed Zaman al-Wasl that the regime officials asked the European security delegation to work via the usual diplomatic channels and stipulated that their cooperation in the field was contingent on European states allowing Syrian embassies to reopen.

The sources added that the Syrian government called on the European delegation to beautify the regime's image in Europe and provide it with security information about the refugees distributed through EU states in return for their cooperation.

Beyond Europe's dealings with the regime, Zaman al-Wasl learned from informed sources in the Syrian opposition that Gerard Steeghs, the Dutch ambassador to Syria, met with President of the Syrian National Coalition Raid Seif in Istanbul two weeks ago. During the meeting, Steeghs urged Seif to accept Assad remaining in power in the transitional period, which angered Seif.

Change at the level of strategic policy-making has seen the EU attempt to position Iran as part of the solution. Zaman al-Wasl obtained a copy of a policy paper issued by the European Council on Foreign Relations recommending the creation of obstacles for America in its fight against Iran in Syria, on the basis that Tehran is part of the solution and not the problem.