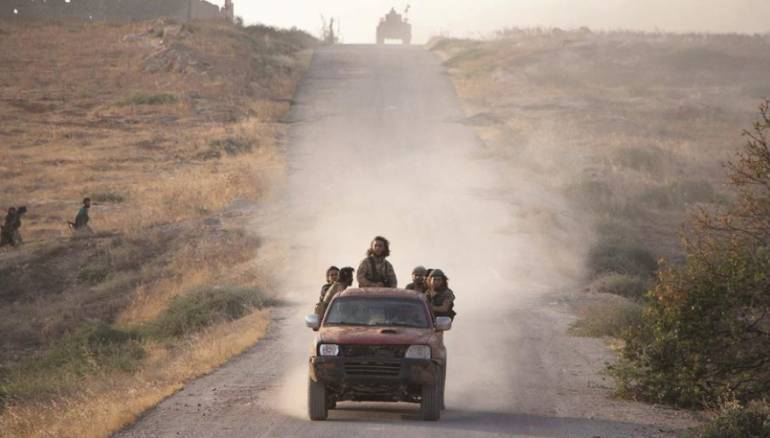 The powerful Hay'at Tahrir al-Sham (HTS) alliance issued a statement Monday accusing the Syrian government and the Islamic State (ISIS) group of coordinating an attack on the rebel group's strongholds in the central province of Hama.

The statement by the former Al-Qaeda-affiliated group followed a surprise attack by ISIS militants on its territory in the eastern countryside of the province.

HTS said it had lost four fighters in the assault, which it says was plotted and facilitated by the forces of President Bashar al-Assad.

The statement also accused ISIS of committing crimes against Sunnis, as well as killing mujahedeen fighters in Raqqa, Deir-ez-Zor and other opposition-held areas.

The HTS alliance on Friday launched a new major attack on regime forces in Hama after Damascus declared the central province free of ISIS.

The attack took place in the pro-regime village of Abu Dali, the main crossing to the rebel-held province of Idleb, which is largely controlled by HTS Islamists.