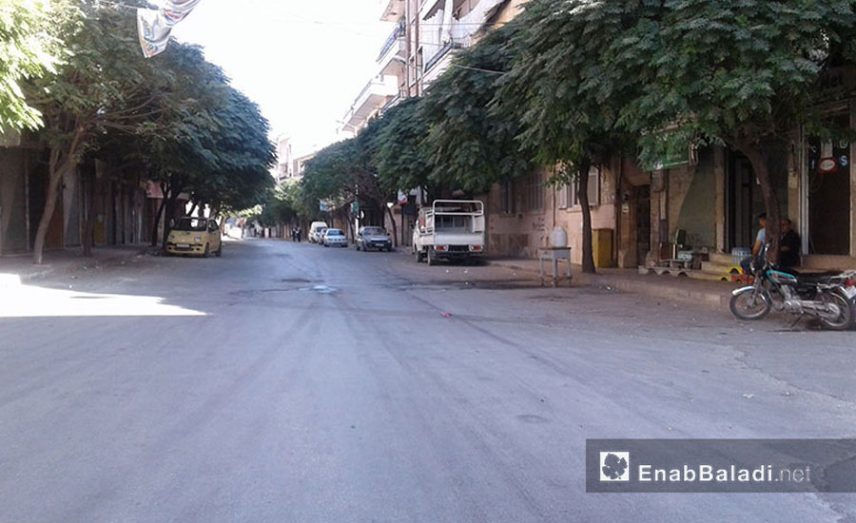 The province of Idleb is cautiously awaiting the entry of the Turkish army and Free Syrian Army groups of the Euphrates Shield, while observers expect confrontations against the Hay'at Tahrir al-Sham (HTS).

With the entry of reinforcements from the border on Oct. 7, various questions have arisen around Turkey’s intentions with the operation, as it seems to be trying to cut off the road for the Kurdish forces which control the city of Afrin, west of Aleppo, and are trying to establish a path to the Mediterranean Sea through taking control of a part of Idleb.

This supports the theory which states that the Turkish intervention in the north is part of Ankara's push to scale back the Kurdish Democratic Union Party (PYD) and repulse its attempts to geographically connect its three cantons in Syria.

With the uncertainty around the details of the Turkish intervention, sources said that a deal was made between Ankara and HTS. However, an FSA commander who asked not to be named told Enab Baladi: “The deal is preliminary and negotiations are ongoing,” adding that “Hay'at accepted the Turks entering but the main obstacle lies in getting Euphrates Shield groups involved.”

Five commanders in Euphrates Shield confirmed to Enab Baladi they had entered to fight against HTS in Idleb, accompanied by statements from the Turkish President Recep Tayyip Erdogan on Saturday saying that the FSA would carrying out an operation to enter Idleb province.

The Turkish-Syrian border has seen tensions after HTS on Friday struck a Turkish bulldozer which was trying to clear parts of the dividing wall on the border, which was met with Turkish artillery fire on HTS positions near Atmeh.

Media sources from the area told Enab Baladi that HTS was mobilizing militarily in the western Aleppo countryside and the area around the Bab al-Hawa border crossing, adding that Ankara had cleared parts of the isolation wall between Atmeh and Aqarabat and near Kafr Losin.

It is expected that Turkish army troops will deploy in the de-escalation zone borders specified in Idleb, according to the Astana deal, with their primary aim being to achieve a sustainable cease-fire between various parties.

Anadolu Agency reported on Saturday that the Turkish army units would set up inspection and observation points in Idleb, saying that military and diplomatic sources confirmed the intervention “would not be a military operation but only a deployment,” and that clashes with Syrian President Bashar al-Assad’s forces or local forces was “out of the question.”