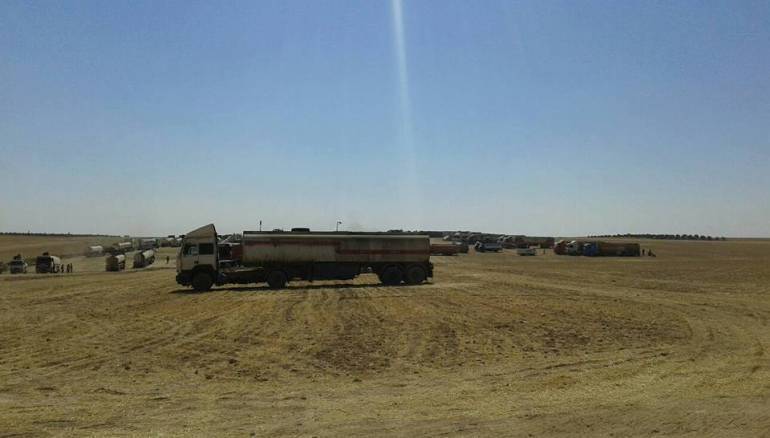 At least 15 rebel fighters were killed after infighting between the Levant Front and Sultan Murad Brigades spread to most of the Free Syrian Army-held areas in northern Aleppo province, local activists said Sunday.

The clashes erupted over control for the Bab al-Salama border crossing with Turkey, which was administered by the Levant Front prior to it being handed over to the opposition's interim government last week.

The Sultan Murad Brigades, the key rebel group in Turkish-backed Euphrates Shield alliance, opposed the step as the group seeks to control the entry of cargo coming from Azaz towards the city of Manbij.

The clashes spread to other towns in the area, including Al-Bab, leaving dozens wounded.

The Levant Front on Sunday accused Sultan Murad Brigades of attacking one of its convoys in the Hamran district in the northern countryside of Aleppo.

Turkish-backed armed groups have since urged the Sultan Murad Brigades to end the tensions with its fellow rebel group.

The transfer of the strategic crossing over to the opposition comes as Turkey seeks to expel hardline rebels from northern Syria along the border after the collapse of the Islamic State.